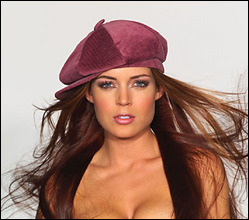 Born in Perth, Western Australia, at age 6 she moved to Vienna in Austria where she continued her schooling and also started to model and act in commercials and small TV roles.

Her singles include A Little Bit (2001) and You're the Voice (2002), from her debut album, From Me to You. These were followed by Everytime we Touch, Its a Fine Day, Going to Paris and Beautiful Time. In 2005 Harrison appeared as part of a duet on the song I Live my Life for You with Serbian singer-composer eljko Joksimovi. She had two Top 20 songs in 2006, Heartbreaker and Im Ready.

In 2004 Harrison was chosen to be a host on MTV Austria and has also appeared as a host for shows such as The Austrian Amadeus Music Award Show, Dancing with the Stars, MTV SixPack, The Vienna Opera Ball, and Miami Winter Music Conference.

Bring On The Night Corrs
Update Required To play the media you will need to either update your browser to a recent version or update your Flash plugin.