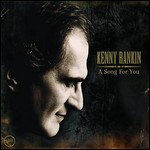 Rankin was raised in New York and was introduced to music by his mother, who sang at home and for friends. Early in his career he worked as a singer-songwriter, and developed a considerable following during the 70s with a steady flow of albums, three of which broke into the Top 100 of the Billboard Album Chart. His liking for jazz was evident from an early age, but the times were such that in order to survive his career had to take a more pop-oriented course. By the 90s, however, he was able to angle his repertoire to accommodate his own musical preferences and to please a new audience while still keeping faith with the faithful. Rankin's warm singing style and his soft, nylon-stringed guitar sound might suggest an artist more attuned to the supper-club circuit than the jazz arena, but his work contains many touches that appeal to the jazz audience.

Rankin appeared on The Tonight Show more than twenty times. Host Johnny Carson was so impressed by him that he wrote the liner notes to Rankin's 1967 debut album Mind Dusters, which featured the single "Peaceful." Kenny's friend Helen Reddy would reach #2 Adult Contemporary and #12 Pop in 1973 with a cover of it, released as her follow-up single to "I Am Woman". Georgie Fame also had a hit with this song in 1969, Rankin's only songwriting credit to hit the British charts, reaching number sixteen and spending 9 weeks on the chart.

Rankin's accompanists from time to time included Alan Broadbent, Mike Wofford and Bill Watrous, and on such occasions the mood slips easily into a jazz groove. His compositions have been performed by artists such as Mel Tormé and Carmen McRae, while Stan Getz said of him that he was "a horn with a heartbeat". Rankin was deeply interested in Brazilian music and his Here In My Heart, on which he used jazz guests including Michael Brecker and Ernie Watts, was recorded mostly in Rio de Janeiro. More contemporary songs were given an airing following his move to Verve Records, including the Beatles' "I've Just Seen A Face" and Leon Russell's "A Song For You."

Rankin's own unique gift for reworking classic songs such as The Beatles' "Blackbird," which he recorded for his Silver Morning album, so impressed Paul McCartney that he asked Rankin to perform his interpretation of the song when McCartney and John Lennon were inducted into the Songwriters Hall of Fame.

Rankin befriended comedian George Carlin; both were signed to the Little David Records label. Rankin was often the opening act or musical guest for Carlin's live performances beginning in 1972. The two flew in Carlin's private jet. Though Rankin had kicked his drug habit at Phoenix House, touring with Carlin brought him back to using cocaine.[1] Rankin and Carlin toured together off and on for nearly 10 years. Rankin sang at Carlin's memorial service in June 2008 before dying of cancer in June 2009.

He can be heard singing the song "Miles From Here" in the first episode of the television series Fame titled "Metamorphosis", and "Deep in the Dark" in the Stingray episode "Autumn".

Lonely Ira May
Update Required To play the media you will need to either update your browser to a recent version or update your Flash plugin.