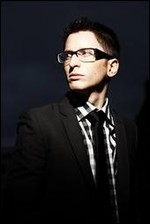 In the late 1970s, Baker was a musician with the LeBlanc and Carr Band. Baker was also a singer musician with the country pop band, The Shooters. He has written songs for John Michael Montgomery, Alabama and others. Baker has been writing with his song writing partner, Frank J. Myers since 1988, both having played in Marie Osmond's band. Baker and Myers' most successful song as songwriters is "I Swear", recorded by both All 4-One and John Michael Montgomery. The song sold more than 20 million copies internationally,[2] and won the 1995 Grammy for "Best Country Song".[3] In 1995, he and Myers recorded one album on Curb Records as the duo Baker & Myers.

Baker lives in Sheffield, Alabama with his wife and his two sons, Brett and Cole.

Givin' Up James Cottriall
Update Required To play the media you will need to either update your browser to a recent version or update your Flash plugin.