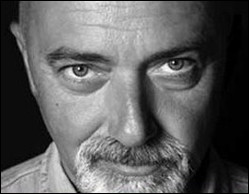 After graduating from law school, Giorgio began his career as a comedian in the Milan Club Derby in the seventies, in the same period at that stage with the local circle of actors: Diego Abatantuono, Teo Teocoli, Massimo Boldi, Paolo Rossi and Francesco Salvi. In 1983, he appeared on Antenna 3 alongside Raffaella Carrà in Pronto. In 1985, he was an actor in Antonio Ricci's TV programme, Drive In. The most famous character he played was Vito Catozzo but he has also played other characters such as Carlino, Sister Daliso and the witness Bagnacavallo. Shortly after, alongside the two famous Italian comic duo, Zuzzurro and Gaspare, in Emilio, he created the character Franco Tamburini, designer of "Abbiategrasso". He also appeared in Fantastico in 1990, alongside Pippo Baudo, Marisa Laurito and Jovanotti, and then in Stasera mi butto... e tre! alongside Toto Cutugno. Approaching in the meantime the world of music and in 1988 published the mini-album "White Collar", soundtrack of the TV series of the same name in which he is one of the protagonists. In 1991, his second album, "Disperato ma non-serio", which contains, amongst other songs, "Howl", one of the songs broadcast on the radio in the summer of 1991 [citation needed]. That same year he wrote to Mina attaching one of his compositions, 'Traitor', which was included in "Caterpillar". In 1992, he participated, for the first time, in the Sanremo Festival in tandem with Orietta Berti with the song "Rumba di Tango" which was included in her third album "Sentenced to laugh". In 1994, again at the Sanremo Festival it ranked 2nd place capturing a handful of votes for the victory and he also won the Critics' Award with the song "Signor Tenente", inspired by massacres of Capaci and Via D'Amelio, also inserted in the album like a cartoon produced by Danilo Amerio and awarded a platinum record. In 1995, at the Sanremo Festival he sang "L'assurdo mestiere", a sort of prayer-thanks to the Lord, revealing a melancholic and reflective side. In the same festival, as part-author of the song sung by Gigliola Cinquetti, "The self-titled album" in 1995, "The absurd job", won the Rino Gaetano award for the lyric of the song. He has also written songs for "Cornflower" (villain), two songs from the album, "Walking, Walking" (1996), and the whole album "The finger and the moon" (1998), both by Angelo Branduardi. This album is part of the "Pool Player", one of the most recent successes of Branduardi. In 2000, public NAR International Nonsense, sixth and so far last album. He has not forgotten his origins as a comic actor in publishing the book "Porco World" and its underpinnings, published by Baldini & Castoldi, which recounts the exploits of his most famous character, Vito Catozzo, also staged as the play "Tourdeforce" mixing humor and characterization to songwriting.

The tile signed by Faletti on the wall of Alassio. In 2002, Giorgio Faletti's surprising criticism [1] published his first thriller whose title "I kill", which sold more than four million copies. [2] At the end of the same year he suffered a stroke [3], which fortunately was overcome without serious consequences. In 2004, his second novel, "Nothing True Except for the Eyes", which currently has sold three million and a half copies [2]. The master of the thriller Jeffery Deaver said about him and his work: "Someone like Faletti from where I come from is called" larger-than-life ", someone who will become a legend" [4]. In 2005, he was spokesperson for a campaign for the protection of copyright. In November 2005, Giorgio Faletti received from the President, the De Sica Prize for Literature. In 2006, he starred in the movie "Nightmare" before interpreting Prof. Antonio Martinelli's, ruthless teacher of literature, which eventually makes a strong bond with the protagonist Luca (Nicolas Vaporidis). His performance was nominated for the David di Donatello Award for Best Supporting Actor. It also appeared at the beginning of Night Before Finals that day in 2007, in reference to the first film. In October 2006 he published "Out of a clear destiny" (Baldini Castoldi Dalai, 2006), set in Arizona in which one of the protagonists are the Navajo Indians, to whom the novel is dedicated. In the months before the book, Dino De Laurentiis bought the rights to make a film. His books have been translated into 25 languages and published with great success, as well as in all the states of Europe, in South America, China, Japan, Russia and as of March 2007, the United States and in the countries of the English language. In 2007, Giorgio Faletti is back at the Sanremo Festival, as author of the song "The Show Must Go On", sung by Milva, ranking tenth position. The song is part of the album in "Enemy territory", entirely written (lyrics and music) from Faletti. He starred in the film in which he plays the Reinforced Concrete Primary, a vengeful boss of the underworld, who pursued the young protagonist Diego (Nicolas Vaporidis).

In 2008, Gergio Faletti published his first collection of short stories, entitled A few useless hiding (Baldini Castoldi Dalai, 2008), which comes between the finalists of Piero Chiara Literary Prize 2009 edition. In the spring of 2009, he released his fourth novel, "I am God" (Baldini Castoldi Dalai, 2009). He is also the author of the song of Marco Masini's The years have not, included in the Italy ... and other stories released in February 2009. Also in 2009, he starred in Giuseppe Tornatore's "Baaria" and in the movie "The draw of James Campiotti" where he plays the union Gino Siboni. In the last quarter of 2010, he released his sixth work Notes from a seller of women: the writer's first novel set in Italy (Milan) and immediately topped the bestseller [citation needed]. On the occasion of Mantua Festivaletteratura of 2011, the writer announced his seventh novel, "Three acts and two times", published 4 November 2011, and set in the world of football. His commitment and his achievements in the field of literature led him to be appointed, President of the Library Astense in 10 September 2012 his city. He welcomed the task with his usual verve and humour. The endowment was strongly supported by his friend, Massimo Cotto, councillor for Municipal Culture. [5]. After a career as comedian, with some acting parts in cinema, he began to write and sing songs, taking part in three editions of the "Sanremo Music Festival" in 1992-1995. He also wrote songs for singer Mina and for two albums by Angelo Branduardi, Camminando camminando (Walking, walking) (1996) and Il dito e la luna (Finger and the moon) (1998). In 2002 he published a thriller entitled Io uccido (I kill), which sold 3.5 million copies in Italy. It was followed by Niente di vero tranne gli occhi (Nothing true except for the eyes) (2004), Fuori da un evidente destino (Outside of obvious destiny) (2006), Pochi inutili nascondigli' (Little useless hiding places)' (2008), Io sono Dio (I am God) (2009) and Appunti di un venditore di donne (A Pimp's Notes) (2010).

Faletti performed a lead role as a high school teacher in the teen-film comedy Notte prima degli esami" (Night before the exams)' (. In 2007 he wrote the album In territorio nemico (Enemy territory) for Milva. He is a big fan of Juventus FC, a popular Italian football club.[1]

This article uses material from the article Giorgio Faletti from the free encyclopedia Wikipedia and it is licensed under the GNU Free Documentation License.

You Got It Roy Orbison
Update Required To play the media you will need to either update your browser to a recent version or update your Flash plugin.