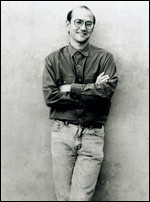 As a keyboardist Randy Goodrum toured extensively with artists such as, Chet Atkins, Jerry Reed, Roy Orbison, and performed and/or produced cuts on many of their albums. As a co-writer with Chet Atkins, Randy wrote To B or not to B and Waltz for the Lonely among others. Goodrums song So Soft Your Goodbye won a Grammy award for Chet Atkins, and Mark Knopfler, in 1991.

Anne Murray won the Grammy for Best Female Vocal with Goodrums song "You Needed Me." The song was also awarded song of the year from the Academy of Country Music, and has received numerous other accolades. A 1999 remake of the song by Boyzone, reached #1 in Europe.

Goodrum has been awarded Arkansan of the Year from the Arkansas Broadcasters Association and was the 1981 American Society of Composers, Authors and Publishers Country Songwriter of the Year. Goodrum is a 1996 inductee to the Arkansas Entertainment Hall of Fame, one of the 2010 Hendrix Odyssey Award Winners at Hendrix College, and a 2000 inductee to the Nashville Songwriters Hall of Fame

Goodrum and his wife, Gail, met at Hendrix College, where he received his bachelors degree in music. They have two daughters, Julia and Sarah.

This article uses material from the article Randy Goodrum from the free encyclopedia Wikipedia and it is licensed under the GNU Free Documentation License.

Meilewyt Jill
Update Required To play the media you will need to either update your browser to a recent version or update your Flash plugin.