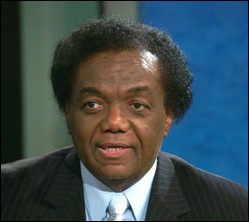 Lamont Dozier (born June 16, 1941) is an American songwriter and record producer. He was born in Detroit, Michigan.

Dozier is best known as a member of Holland-Dozier-Holland, the songwriting and production team that was responsible for much of the Motown sound and numerous hit records by artists such as Martha & the Vandellas, The Supremes, The Four Tops, and The Isley Brothers. Along with Brian Holland, Dozier served as the team's musical arranger and producer. After H-D-H left Motown in 1967 to form the Invictus/Hot Wax labels, Dozier began recording as an artist on their labels. Dozier departed from H-D-H in the mid-1970s, and was replaced by new arranger/producer Harold Beatty.

Dozier had another #1 hit as a songwriter in the 1980s, combining with Phil Collins to write the song "Two Hearts" from the movie soundtrack for Buster. "Two Hearts" was nominated for an Oscar for Best Song. Collins and Dozier also co-wrote "Loco in Acapulco" for The Four Tops, which is also featured on the Buster soundtrack.

Also, in 1984, Essex-born singer Alison Moyet scored a US top 40 hit with the Dozier-penned "Invisible". In 1987, Dozier co-penned "Infidelity" with Simply Red frontman Mick Hucknall for the band's second album Men and Women. The song reached number 13 on the UK charts.

In addition to his work as a songwriter and producer, Dozier has recorded a number of albums as a performer in his own right. Peddlin' Music On The Side (ABC Records, 1976) contained the epic "Going Back To My Roots", which was later recorded by Odyssey. "Black Bach" featured the country-flavored "All Cried Out." In 1981, Lamont scored a Beach Music hit with "Cool Me Out." He had his biggest hit with 1974's "Trying To Hold On To My Woman", which reached number 15 on the U.S. charts.

Throughout his recording career, Dozier has largely avoided the temptation to return to his catalog of Motown hits, preferring instead to record new material. In 2004, however, Dozier recorded several of his hits as part of the album Reflections Of... Dozier's new arrangements frequently provide an interesting counterpoint to the upbeat pop sound of the 1960s originals. According to britishhitsongwriters.com he is the eighth most successful songwriter in U.K. chart history based on weeks that his compositions have spent on the chart.[1]

He, along with the Holland brothers, were inducted into the Rock And Roll Hall Of Fame in 1990. [2]

In 2009, he worked on the music for the musical stage version of the movie "First Wives Club." [3] He is also teaching a course of popular music at the University of Southern California Thornton School of Music.

Lamont is married to Barbara Dozier, and they have three children: two sons, Beau Alexandre (born November 26, 1979) (known for his relationship with Joss Stone and for his work for artists such as Tiffany Evans) and Paris Ray (born September 12, 1984), and a daughter, Desiree Starr (born August 1, 1988). He also has a son by the name of Andre Lamont Dozier. He attended Cranbrook High School and lived in Detroit on Minden street, with his mother Hattie Williams.

He is a cousin of John Witherspoon.

According to an interview he gave on television, he has Cherokee ancestry.[4]

The following singles featured Lamont Dozier as a performer
As a member of The Romeos:

As a member of The Voice Masters:

As a member of Ty Hunter and The Voice Masters:

As a member of Holland-Dozier (Lamont Dozier and Brian Holland):

This article uses material from the article Lamont Dozier from the free encyclopedia Wikipedia and it is licensed under the GNU Free Documentation License.

I Wanna Know Pearlbreakers
Update Required To play the media you will need to either update your browser to a recent version or update your Flash plugin.