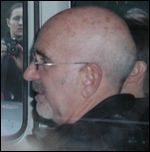 Roy J. Bittan is an American keyboardist and pianist, best known as a member of Bruce Springsteen's E Street Band, which he joined on August 23, 1974. Bittan, nicknamed The Professor, plays the piano, organ, accordion and synthesizers.[1] Bittan was inducted as a member of the E Street Band into the Rock and Roll Hall of Fame in April 2014.

Bittan was born in Belle Harbor, Queens, New York City. He is a longtime member of Bruce Springsteen's E Street Band, and has performed on the majority of Springsteen's albums, beginning with Born to Run (1975). In Springsteen's band introductions, Bittan's "Professor" moniker was given because (supposedly) he was the only member of the group with a college diploma. Bittan provided background vocals for most of the songs on Born to Run, along with Steven Van Zandt. His voice is also featured slightly on the vocal weaving in "Out in the Street". However, from the Born in the U.S.A. Tour on, his voice was no longer used. When Springsteen decided to break his connection with the E Street Band in 1989, Roy Bittan was the one member he retained, both in studio and on the "Other Band" Tour.

With the E Street Band, Bittan uses a Yamaha grand piano, preferring the bright sound to cut through the group's sound compared with other acoustic models. He has also been known to use Yamaha, Korg and Kurzweil keyboards as part of his live rig. His riffs and melody lines have become signatures for the Springsteen sound. Roy is an avid accordion player, which was a skill he seldom used with the E Street Band until playing "American Land" as the closing number on the 2007–2008 Magic Tour and then later taking the instrument's part on "4th of July, Asbury Park (Sandy)" after the death of bandmate Danny Federici. Roy Bittan is Jewish.[3]

Bittan played piano nearly exclusively on Meat Loaf's 1977 hit album Bat Out of Hell. Composer Jim Steinman wanted Bittan for the album due to his love for Springsteen's early work, particularly on Born to Run. Since then, Bittan has regularly and nearly exclusively collaborated with Steinman, appearing on three more Meat Loaf albums (most notably Bat Out of Hell II: Back into Hell), Steinman's solo album Bad for Good, an Air Supply single, a Barbra Streisand single, an album by Pandora's Box, Total Eclipse of the Heart, and others.

Bittan played on the Dire Straits album Making Movies (1980). Mark Knopfler's decision to have the keyboardist on the album's lineup was reportedly influenced by his affection for "Because the Night", a keyboard-driven hit song cowritten by Springsteen and Patti Smith.[4]

Bittan played on the 1978 second solo album from Peter Gabriel, appearing on several tracks including "On the Air", "Mother of Violence", "D.I.Y." and "White Shadow".

Bittan played an important part in the sound Stevie Nicks created for her solo debut away from Fleetwood Mac, Bella Donna (1981). About the time that the album reached number one in the United States (and Springsteen's The River Tour concluded), Bittan joined as a sideman on a short tour with Nicks along with some of the other top musicians of the day: Benmont Tench on organ, bass guitarist Bob Glaub, Waddy Wachtel on guitar, Russ Kunkel on drums, and Bobbeye Hall on percussion. Bittan also played on Nicks' second solo album The Wild Heart and has continued to play with her sporadically.

Bittan produced and played on Jimmie Mack and the Jumpers (1980)

Bittan produced and played piano on Disappear Fear's 1996 album Seed in the Sahara.

Bittan played piano on the track entitled "Heart and Soul" on Shwayze and Cisco Adler's second album, Let It Beat.

Bittan released his first solo album, a collection of instrumental songs, Out of the Box in November 2014.

This article uses material from the article Roy Bittan from the free encyclopedia Wikipedia and it is licensed under the GNU Free Documentation License.