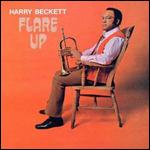 Born in Bridgetown, Saint Michael, Barbados, Harry Beckett learned to play music in a Salvation Army band.[2] A resident in the UK since 1954, he had an international reputation. In 1961, he played with Charles Mingus in the film All Night Long.[3] In the 1960s he worked and recorded within the band of bass player and composer Graham Collier.[3] Beginning in 1970, he led groups of his own, recording for Philips, RCA and Ogun Records among other labels.

His dub-oriented album, The Modern Sound of Harry Beckett, was produced by famed British producer Adrian Sherwood and released on On-U Sound in late 2008.

This article uses material from the article Harry Beckett from the free encyclopedia Wikipedia and it is licensed under the GNU Free Documentation License.