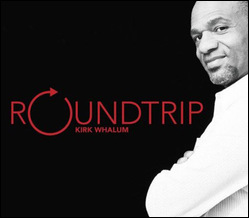 Kirk Whalum (born July 11, 1958) is an American jazz saxophonist and songwriter. He toured with Whitney Houston for more than seven years and soloed in her single "I Will Always Love You", the best-selling single by a female artist in music history. He was also featured on many Luther Vandross albums, most often playing on the singer's covers of older pop and R&B standards such as "Anyone Who Had a Heart", "I (Who Have Nothing)", and "Love Won't Let Me Wait".

Whalum has recorded a series of well received solo albums and film soundtracks, with music ranging from pop to R&B to smooth jazz. His musical accomplishments have brought him a total of 12 Grammy nominations. He won his first Grammy award in 2011 for Best Gospel Song ("It's What I Do", featuring Lalah Hathaway) alongside lifelong friend and writer Jerry Peters.

Kirk Whalum was born in Memphis, Tennessee. He attended Melrose High School and Texas Southern University where he was a member of the renowned Ocean of Soul Marching Band. In addition to singing in his father's church choir, Whalum learned to love music from his grandmother, Thelma Twigg Whalum, a piano teacher, and two uncles, Wendell Whalum and Hugh "Peanuts" Whalum, who performed with jazz bands around the country. He told John H. Johnson's magazine Ebony Man in a 1994 profile, "The music I like to play and write encompasses the four elements I grew up with: Memphis R&B, gospel, rock, and jazz. The emphasis, though, is on melody, period."[1]

In 1986, he performed at Jean Michel Jarre's giant concerts Rendez-Vous Houston and Rendez-Vous Lyon. At each concert, he performed the track "Last Rendez-Vous," also known as "Ron's Piece," in place of Jarre and Whalum's mutual friend, saxophonist and astronaut Ron McNair, who died in the Challenger disaster.

Whalum has worked on a number of film scores, including for The Prince of Tides, Boyz n the Hood, The Bodyguard, Grand Canyon, and Cousins (film).

In 2005 Whalum recorded the Babyface Songbook (2005) with R&B icon Babyface's best songs of the past 15 years, including "Exhale (Shoop Shoop)," "I'll Make Love to You," "When Can I See You," and others. Joining in the intimate and stylish proceedings are other smooth jazz notables, including trumpeter Rick Braun, soprano saxophone player Dave Koz, and guitarists Norman Brown and Chuck Loeb among others. That same year, he also performed a cover "Any Love" on the album Forever, For Always, For Luther, which included other smooth jazz greats, like the aforementioned Dave Koz, bassist Marcus Miller, tenor saxophonist Richard Elliot and alto saxophonist Mindi Abair covering Vandross' well-known songs. Whalum also contributed to the 2008 documentary film Miss HIV.

On June 20, 2014, Whalum was the inaugural Jazz Legend honoree of the National Museum of African American Music in Nashville, Tennessee. In September 2015, it was announced that Whalum would be joining the faculty of Visible Music College in Memphis, Tennessee.[2]

The Gospel According to Jazz Series - Live

This article uses material from the article Kirk Whalum from the free encyclopedia Wikipedia and it is licensed under the GNU Free Documentation License.

Cold Water Eliane
Update Required To play the media you will need to either update your browser to a recent version or update your Flash plugin.