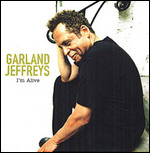 Garland Jeffreys (born June 29, 1943 in Brooklyn, New York) is an American, singer and songwriter, traversing the musical genres of rock and roll, reggae, blues and soul.

In 1973, he released his first solo album, Garland Jeffreys, on Atlantic Records. Around the same time Atlantic also released a single, "Wild in the Streets," that was not included on the album. Jeffreys wrote the song after hearing about a pre-teen rape and murder in the Bronx. Dr. John played clavinet and helped arrange the song, with backing from guitarist David Spinozza, drummer Rick Marotta, the Brecker Brothers on horns and David Peel on background vocals. After the single's rerelease in 1977, the track received airplay on the progressive FM album-oriented rock radio stations, and became one of his best-known songs and something of an unofficial anthem for the skate community after the cover by The Circle Jerks was featured in the 1986 film Thrashin'. It has been covered by several musicians, including:

In 1977 Garland recorded his Ghost Writer album for A&M Records, with "Wild in the Streets" included on side two. Many of the tracks are autobiographical, encompassing bittersweet tales about coming of age as an artist in the big city ("Ghost Writer"), of racial separatism ("Why-O"), of interracial romance ("I May Not Be Your Kind"), and of overcoming conflict at home ("Cool Down Boy").

The next years saw a string of albums, five within five years, and the release of "Matador" (1979) from American Boy & Girl, which charted in the top five of a number of countries.[3] This burst of productivity culminated with Guts for Love, a meditation on the challenges of monogamy and fidelity. After a break, much of it spent woodshedding, reading and researching, Jeffreys released Don't Call Me Buckwheat, devoted to the complexities of race in America. The title was triggered by an incident at Shea Stadium where Jeffreys, enjoying the game and feeling carefree, stood to go get a hotdog when a voice shouted "Hey buckwheat, sit down!" The casual epithet was a jolt and it spurred a number of memorable songs, including "Don't Call Me Buckwheat," "I Was Afraid of Malcolm" and "Racial Repertoire." In February 1992, Jeffreys' recording of "Hail Hail Rock 'n' Roll" (RCA PB49171), spent one week at #72 in the UK Singles Chart.[4]

After taking a lengthy hiatus to regroup and raise his only child, daughter Savannah, now "an impressive composer and singer herself"[5] Jeffreys began to perform again in the summer of 2001, and on December 6 he joined Bruce Springsteen at his legendary Christmas show in Asbury Park and began to also perform annually at the Springsteen supported The Light of Day Foundation shows to fund research for Parkinson's and other neurological conditions. With his band loosely referred to as "The Coney Island Playboys" on September 4, 2003, Jeffreys joined Jon Langford, Lenny Kaye and Ivan Julian in a benefit concert for Alejandro Escovedo, recovering from hepatitis C.[6] Jeffreys was featured in the 2003 documentary The Soul of a Man, directed by Wim Wenders as the fourth installment of documentary film series The Blues, produced by Martin Scorsese. The film explored the musical careers of blues musicians Skip James, Blind Willie Johnson and J. B. Lenoir. Jeffreys was also featured on the cover of Beyond Race Magazine in February 2007.

After a long career on major labels, in 2011 Jeffreys formed his own Luna Park Records label and went back into the studio, resulting in the critically acclaimed comeback album The King of In Between. Co-produced by Larry Campbell and with players Steve Jordan, Brian Mitchell, Pino Palladino, Duncan Sheik and Junior Marvin it yielded the song "Coney Island Winter", performed on The David Letterman Show.[7] "Roller Coaster Town" was voted a "best of the year" in the WFUV staff poll[8] and audience poll.[9] The album made numerous annual Best Of lists with NPR naming it a "best of the year so far"[10] and Rolling Stone calling it one of the Best Under The Radar Albums of 2011.[11] The album won a 2012 Schallplatenkritik Bestenliste prize in the Pop Rock category[12] and in 2013 Jeffreys was also awarded the Italian Tenco Prize. In 2016 he was inducted into the Long Island Music Hall of Fame.[13]

The Circle Jerks cover of "Wild in the Streets" was used in a commercial for Vans sneakers and can be heard in the 2012 video game Max Payne 3. Other TV and film placements for "Wild in the Streets" include Life on Mars, The Get Down on Netflix (also included on the official soundtrack), and a L'Oreal commercial directed by Louis de Caunes. On May 28, 2012, at the Pinkpop Festival in Landgraaf, Holland, Jeffreys joined Bruce Springsteen and The E Street Band onstage for a performance of ? and the Mysterians' 1966 hit "96 Tears" which Jeffreys had covered on his 1981 album Escape Artist.

In September 2013, Jeffreys released the single "Any Rain" from his album Truth Serum on the LunaPark/Thirty Tigers label.[9] The album was crowd funded on PledgeMusic, co-produced by James Maddock and recorded at Brooklyn Recording and featured again Larry Campbell, Steve Jordan and Brian Mitchell.

This article uses material from the article Garland Jeffreys from the free encyclopedia Wikipedia and it is licensed under the GNU Free Documentation License.

Don't Take Your Love Fabian Anderhub
Update Required To play the media you will need to either update your browser to a recent version or update your Flash plugin.