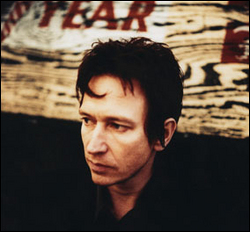 Alan Charles Wilder (born 1 June 1959) is an English musician, composer, arranger and record producer, known as a former member of the electronic band Depeche Mode from 1982 to 1995. Since his departure from the band, the musical project called Recoil became his primary musical enterprise, which initially started as a side project to Depeche Mode in 1986. Wilder has also provided production and remixing services to the bands Nitzer Ebb and Curve. He is a classically trained musician[1] and renowned contemporary music producer.

Alan Charles Wilder was born into a middle class family and was raised in Acton, West London. He began piano at the age of eight, through the encouragement of his parents. Later on, he learned the flute at St Clement Danes grammar school and became a leading musician in his school bands. After school, Alan worked as a studio assistant at DJM Studios. This led to him ending up working for bands such as The Dragons, Dafne and the Tenderspots (as Alan Normal), Real to Real (featuring Adrian Chilvers on bass, Pete Fresh on guitar, Wolfgang Marlander on drums and Paul St. James on vocals), The Hitmen, and The Korgis, appearing on the UK No. 13 single "If I Had You" (1979).

Following the departure of Vince Clarke, Depeche Mode placed an advertisement in the music magazine Melody Maker: "Keyboard player needed for established band – no timewasters." Even though the ad was looking for someone under 21 (Wilder was 22) he lied about his age to get the job, and got away with it. He joined Depeche Mode in January 1982, initially as a tour keyboardist, and soon thereafter as a full member of the recording band.

In addition to playing synthesizer throughout his time with Depeche Mode, Wilder also played piano on the band's signature ballad "Somebody," and oboe on the band's hit anthem, "Everything Counts." In the documentary film 101, Wilder demonstrates how different synthesizer parts of a song are split and arranged across a sampling keyboard for playing them live during the concert, just one small example of Wilder's ongoing contributions to Depeche Mode during his time as a member of the group. For the recording of the album Songs of Faith and Devotion and its corresponding Devotional Tour Wilder also played live drums.

For "Enjoy the Silence" from the album Violator, Wilder is credited with taking Martin Gore's melancholy ballad-esque demo and re-envisioning the song as a percolating, melodic dance track.[4] The resulting single went on to become one of the most commercially successful songs in Depeche Mode's history.

On 26 June 1995, Wilder announced his departure from Depeche Mode:

"Due to increasing dissatisfaction with the internal relations and working practices of the group, it is with some sadness that I have decided to part company from Depeche Mode. My decision to leave the group was not an easy one particularly as our last few albums were an indication of the full potential that Depeche Mode was realizing.

Since joining in 1982, I have continually striven to give total energy, enthusiasm and commitment to the furthering of the group's success and in spite of a consistent imbalance in the distribution of the workload, willingly offered this. Unfortunately, within the group, this level of input never received the respect and acknowledgement that it warrants.

Whilst I believe that the calibre of our musical output has improved, the quality of our association has deteriorated to the point where I no longer feel that the end justifies the means. I have no wish to cast aspersions on any individual; suffice to say that relations have become seriously strained, increasingly frustrating and, ultimately, in certain situations, intolerable.

Given these circumstances, I have no option but to leave the group. It seems preferable therefore, to leave on a relative high, and as I still retain a great enthusiasm and passion for music, I am excited by the prospect of pursuing new projects. The remaining band members have my support and best wishes for anything they may pursue in the future, be it collectively or individually."

After his split from Depeche Mode, Wilder was approached by Robert Smith with an offer to join The Cure. Wilder respectfully declined.[5] According to Wilder himself, the possibility was offered on behalf of The Cure by Daryl Bamonte (tour manager for both Depeche Mode and The Cure, and brother of The Cure member Perry Bamonte), and he declined as joining another band was the last thing on his mind.[6]

He briefly reunited with Depeche Mode during the Teenage Cancer Trust concert at the Royal Albert Hall in London on 17 February 2010, and enjoyed a rapturous reception. During the encore, Wilder accompanied Martin Gore on piano for "Somebody". Gore returned the favour and played a DJ set on one of Recoil's Selected Events.

In 2011, Wilder provided two mixes for the Depeche Mode track "In Chains".

Recoil began in 1986 as a two-track experimental EP. Simply entitled 1 + 2, this collection of primitive demos caught the attention of Mute Records label boss Daniel Miller and was inconspicuously released as a mini-album on 12" vinyl. An album, Hydrology, soon followed in 1988 and both were eventually re-issued by Mute on CD as Hydrology plus 1 + 2. Wilder described the project at the time as "an antidote to Depeche Mode; a way to alleviate the frustrations of always working within a pop format".

Almost immediately, Wilder found himself back in the studio to record what would become the most successful Depeche Mode album to date, Violator. It wasn't until the band finally allowed themselves an extended break after the World Violation Tour that Alan could return to Recoil—not, however, before agreeing to produce Ebbhead, another album for label-mates Nitzer Ebb.

It was during this time that he cemented a working relationship with lead singer Douglas McCarthy who would return the favour by singing on Recoil's next album, Bloodline. For the Bloodline LP, released in 1991, Wilder recruited guest vocalists for the first time, with further contributions from Toni Halliday and Moby. 'Bloodline' also marked the first Recoil single, a cover of Alex Harvey's song 'Faith Healer' as well as 'Electro Blues For Bukka White', featuring the posthumously sampled voice of Blues-man White set into a post-modern context.

Between 1992–93 Wilder resumed his Depeche Mode duties as the band recorded the album Songs of Faith and Devotion. Depeche Mode embarked on their most adventurous tour to date, enduring a grueling fifteen months on the road. Although the group had reached the pinnacle of success, aspects of the lifestyle had taken their toll on everyone and things eventually came to a head. In June 1995, having spent fourteen years as an integral part of one of the most popular and influential bands the UK has ever produced, Alan Wilder made the decision to leave Depeche Mode.

Free from his group commitments, Wilder could now focus solely on Recoil. In September 1996, he began work in his own studio, The Thin Line, gradually piecing together what would become Recoil's next album Unsound Methods. Guest vocalists this time played a more up-front role than ever and featured Maggie Estep, Siobhan Lynch, the reappearance of Douglas McCarthy, and Hildia Campbell.

2010 saw the release of 'Selected', a selection of Recoil tracks chosen by Alan who explains: "The collection is made up of my personal favourites, remastered and edited together into what I consider a cohesive and total listening experience.”

A tour entitled ‘A Strange Hour’ was presented during 2010 & 2011 in 52 cities across the world, as part of the ‘Selected Events’, which celebrated 25 years of the Recoil project. It signified the first time Recoil had ever taken to the road. The events were not so much ‘live’ band but more art or video installation. Wilder gathered together filmmakers from as far as Russia, via the Czech Republic and Hungary, all the way to Argentina for this purpose, working very fast, and in the modern way, by creating a central server where everybody could upload their work for others to see, react to and feedback on. Says Wilder: “This for me typifies the whole essence of what Recoil is all about – a collective but with a focused direction – and a very thrilling process it was too, watching and hearing ’A Strange Hour’ come together from our base in the UK.”

Recoil returned in 2012 to release the concert film 'A Strange Hour In Budapest' on Blu-ray, with 5.1 surround sound, directed by Attila Herkó.

Wilder lives near Horsham, West Sussex, England. He has two children with his ex-wife Hepzibah Sessa named Stanley Duke Wilder and Paris Wilder. He also has one other child named Clara Lake from a present relationship with Britt Rinde Hval, a Norwegian journalist.

Wilder appeared on all of Depeche Mode's releases from "Get the Balance Right" (31 January 1983) up to "In Your Room" (10 January 1994), later taking part in reissues and compilations containing material from his time in the band.

Alan organized with Omega an auction selling a lot of DM collectable items on 3 September 2011 in Manchester. A DVD called "Collected +" was released as promotion for these events.

This article uses material from the article Alan Wilder from the free encyclopedia Wikipedia and it is licensed under the GNU Free Documentation License.

Mon eldorado Bertrand Bitz
Update Required To play the media you will need to either update your browser to a recent version or update your Flash plugin.