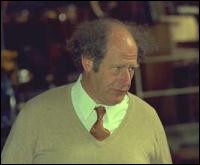 Born in Hampstead, London, Del Mar began his career as a horn player. He was one of the original members of the Royal Philharmonic Orchestra (RPO), which was established by Sir Thomas Beecham in 1946. Within the first few months of the RPO's existence, Beecham appointed Del Mar as his assistant conductor. Del Mar made his professional debut as a conductor with the RPO in 1947.[1]

In 1976 he conducted the world premiere of Thomas Wilson's Opera The Confessions of a Justified Sinner, based on the novel by James Hogg. A cast led by Philip Langridge, Thomas Hemsley and John Shirley-Quirk speaks for itself. To keep a new work in the repertoire for as many as thirteen performances also shows the confidence the company had in the piece.

He was an authority on Richard Strauss and wrote a three-volume work on Strauss's life and music. In addition, his books include the following titles:

As well as making approximately 70 recordings of his own, Del Mar was a lifelong record collector, and his extensive collection of rare 78s is held by the University of Southampton.

He died in 1994, aged 74. He has two sons. The elder is the Beethoven editor Jonathan Del Mar, and the younger is Robin Del Mar who is a viola player.

This article uses material from the article Norman Del Mar from the free encyclopedia Wikipedia and it is licensed under the GNU Free Documentation License.

Here Comes The Sun Beatles
Update Required To play the media you will need to either update your browser to a recent version or update your Flash plugin.