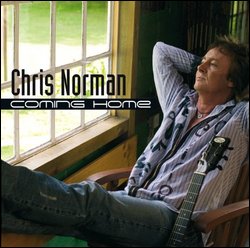 With the advent of rock and roll, Norman acquired his first guitar at the age of seven. His early musical influences were Elvis Presley, Little Richard and Lonnie Donegan.

In these early years, Norman's parents moved around the country a lot which resulted in him going to nine different schools, and living in various locations around England, such as, Redcar, Luton, Kimpton and Nottingham. By 1962 however, the family had moved back to Norman's mother's home city of Bradford. Approaching his twelfth birthday, Norman started at St. Bede's Grammar School where he was to meet Alan Silson and Terry Uttley, future members of Smokie.

As teenagers, influenced by the new era of groups such as The Beatles and The Rolling Stones and then folk singer, Bob Dylan, Norman and Silson began meeting up and spent nearly all their spare time learning new songs on their guitars. They managed to persuade Uttley to join them and, along with a drummer friend called Ron Kelly, they formed their first band. The Yen, Essence, and Long Side Down were just some of a variety of names they called themselves before settling on "The Elizabethans". When Ron Kelly left the group in 1973, an old friend called Pete Spencer was asked to take over on the drums, and the group, which was to become Smokie, was complete.

Between 1974 and the early 1980s, Smokie enjoyed success touring all over the world, but the strain and pressure of constantly being away from home and family was beginning to tell on Norman. By the early 1980s he decided to spend more time writing and working in the studio. Norman and Spencer now worked together on songs for other artists including hits for Kevin Keegan ("Head Over Heels in Love", a No. 31 UK hit),[2] and the England football team song "This Time (We'll Get It Right)".[3] He also worked with Agnetha Fältskog (on her solo album), Racey (co-writer of "Baby It's You"),[4] Donovan (backing vocals on Donovan),[5] and Heavy Metal Kids.

Norman's solo career took off in 1986 with the song, "Midnight Lady", which was a hit throughout Europe holding the number one spot in Germany for six weeks (where it sold 900,000 copies).[8] Further success followed by the songs "Some Hearts Are Diamonds", "No Arms Can Ever Hold You", "Broken Heroes", "Fearless Hearts", "Sarah" and "Baby I Miss You".[9] In 1994, Norman was honoured by CMT Europe as their 'International Video Star of the Year'.

In 2004, he took part in the Comeback Show on the German TV station ProSieben and he performed "Stumblin' In" as a duet with C. C. Catch. In the final episode of the show, he was joined by Smokie for the final song.

Norman continues to this day to record and to perform gigs throughout Europe and beyond.

This article uses material from the article Chris Norman from the free encyclopedia Wikipedia and it is licensed under the GNU Free Documentation License.

Hope Your Well Aerodrum
Update Required To play the media you will need to either update your browser to a recent version or update your Flash plugin.