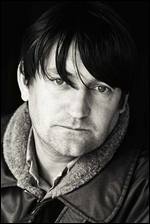 Paul David Heaton was born on the Wirral on 9 May 1962 to parents Doris and Horace Heaton. Heaton has two older brothers Mark Heaton and Adrian Heaton. At the age of four his family relocated to Sheffield.[1] While living in Sheffield, Heaton became interested in football, and while his father and elder brother elected to watch Sheffield Wednesday, Heaton chose to support Sheffield United. After moving to Sheffield, Heaton's father took a job in management and Heaton described his childhood as being "fairly middle class, although you wouldn't know it given the schools I went to and the friends I had".[2]

After a childhood in Sheffield, Heaton moved to Chipstead, Surrey during his adolescent years, an early life Heaton described as "bred in Sheffield, fed in Surrey".[1] Whilst in Surrey he, with his brother Adrian, formed their first band "Tools Down" with friends John Box and Stuart Mair. After leaving Surrey, Heaton spent time in Germany before moving to Hull, where he formed The Housemartins. Heaton also lived in Leeds for some time.[3]

Throughout his childhood, Heaton's main interest was football, and he regularly attended Sheffield United games. Heaton also ran with the Blades Business Crew, a hooligan faction of Sheffield United supporters.[4] When he began singing, Heaton used to bait his early audiences by mocking their football clubs, he later admitted. For example, at an early Beautiful South performance in Manchester, Heaton baited the crowd by shouting "fuck off, you Manc twats", after which some members of the audience began throwing chairs towards the stage.[5] Despite this, he now lives in Withington.

Heaton, then billing himself as P.d. Heaton, formed The Housemartins in the early 1980s. This band featured Stan Cullimore on guitar, Ted Key on bass and Hugh Whitaker on drums. Shortly afterwards Key left the band and was replaced with Norman Cook (later Fatboy Slim). The Housemartins released a number of singles and two studio albums, London 0 Hull 4 and The People Who Grinned Themselves to Death. Their most popular hit was an a cappella version of the Isley Brothers' "Caravan of Love", which was their only Number 1 hit in the UK. For the second album Hugh Whitaker was replaced with Dave Hemingway on drums. Shortly afterwards the Housemartins split up.

The Housemartins' lyrics were a mixture of Marxist politics and Christianity (the back cover of London 0 Hull 4 contained the message "Take Jesus - Take Marx - Take Hope").

In 1988, Heaton formed The Beautiful South from the ashes of The Housemartins. It had Dave Rotheray on lead guitar, former Housemartins roadie Sean Welch on bass, David Stead on drums and Housemartins former drummer Dave Hemingway, now in the role of joint lead singer and frontman. The writing partnership of Heaton and Rotheray proved very successful. The Beautiful South released two top ten singles, "Song for Whoever" and "You Keep It All In"; the latter featured Irish singer Briana Corrigan on vocals. In 1989, the band released an album, Welcome to the Beautiful South. The band's biggest success to date is the single "A Little Time", released in 1990; it reached number 1 on the charts.

The band went on to release eight more albums, including two (1996's Blue Is the Colour and 1998's Quench) that reached the #1 spot on the UK album charts, as well as releasing the best-of compilation Carry on Up the Charts, which also reached #1 and achieved platinum status, before the band split up in January 2007.

After a band meeting on 30 January 2007, they decided to split. They released a statement on 31 January, in which their reasons for splitting were "musical similarities". "The band would like to thank everyone for their 19 wonderful years in music," the statement also said.[6] On an interview with BBC Breakfast in July 2008, Heaton clarified this statement by stating The Beautiful South had made similar sounding albums for the past ten years.

The New Beautiful South, who changed their name to The South at a later date were formed shortly after by David Stead with other members of the band, but without original bassist Sean Welch and composers Paul Heaton and Dave Rotheray, playing old hits live to small venues.

In 2001, Heaton released a solo album using the persona of Biscuit Boy (a.k.a. Crackerman). This double-barrelled name, including the parenthetical a.k.a., was the official project name on all early releases.

The solo album, called Fat Chance, was not a commercial success, peaking at #95 for 1 week on the UK chart. Also, "Mitch", the lone single credited to Biscuit Boy (a.k.a. Crackerman), reached only Number 75 in the UK Singles Chart.

In an attempt to re-launch the album, Mercury Records re-issued Fat Chance in 2002. The album featured new artwork, and was now credited to Paul Heaton. However, this record charted even lower in the album charts, hitting #168. "The Perfect Couple", a single pulled from this re-release also did poorly, peaking at #102 UK. Heaton subsequently rejoined The Beautiful South from 2002 to 2007.

With the 2007 dissolution of The Beautiful South, Heaton has formed a new band "The Sound of Paul Heaton".

Heaton's second solo album The Cross Eyed Rambler was released on 7 July 2008, and was preceded by the single "Mermaids and Slaves" on 30 June, and he toured in support of it throughout July. The album charted at number 43.

Paul reunited with The Beautiful South's second female singer Jacqui Abbott in 2013 to record new material. Heaton & Abbott have recorded 16 new songs, due for release on 12 May 2014 on their new album What Have We Become. On working with Abbott once again, Heaton said: "Working with Jacqui again was like going into your garage and discovering a beautiful, covered up Rolls Royce that hadn't been started in years. Jacqui is one of the best singers I've worked with and is also part of my past. It was only a matter of time before I asked her."

In 2011, the Manchester International Festival endorsed the writing by Heaton of an anthology of songs based on the 7 deadly sins, to be called The 8th. The song was broken down into a section for each sin, which was to be performed by a different artist. The singers for the original piece were: Wayne Gidden, Aaron Wright, King Creosote, Simon Aldred, Cherry Ghost, Jacqui Abbott, Yvonne Shelton, and Mike Greaves. The individual sections were incorporated with a narration written by Che Walker.[7]

The 8th debuted in July 2011 at the Festival Pavilion Theatre in Manchester's Albert Square.

After the debut, six further performances of The 8th were announced for the Summer of 2012.[8]

Along with the live shows in July 2012 a CD album of The 8th was released on a CD/DVD format including tracks by artists Simon Aldred, Aaron Wright, Mike Greaves, Yvonne Shelton, Jacqui Abbott and Heaton himself.

Heaton is known for being a socialist which is reflected through his lyrics over the years. Also, during his time with the Beautiful South all money was split equally between all members of the band, making them one of the few co-operative bands ever. He is also a strong advocate of removing the British monarchy. Some of his lyrics also criticize world leaders sending ordinary people into combat while not getting their own hands dirty (Have You Ever Been Away and Poppy). These are all common themes in his more political songs, but as well as this his songs have covered a range of topics from Feminism (Mini Correct), Global Warming (Man's World), Globalisation (Big Coin) and the Euro (The Root of All Evil).

Heaton has suffered from drinking problems at many times in his life.[9] Heaton has on occasions referred to the Beautiful South as having a heavy drinking culture. Many songs by The Beautiful South, such as Woman in the Wall, Liars' Bar, I May Be Ugly, The Slide, Look What I Found in My Beer and most notably Old Red Eyes Is Back, have referred to alcoholism or drink-fuelled violence.[10]

During the 1990s, Heaton regularly appeared on 'Football Italia', Channel 4's coverage of Italian Serie A football as a pre-match guest and was frequently introduced by host James Richardson as an 'Italian Football expert'.

Heaton appeared on BBC One talking head programme Why We Love the Royle Family, along with Noel Gallagher, in his capacity as a fan of the television sitcom The Royle Family.

Heaton is the father of three daughters (Maisie, Francesca and Meredith). He lives in Withington, Manchester, and supports Sheffield United.

This article uses material from the article Paul Heaton from the free encyclopedia Wikipedia and it is licensed under the GNU Free Documentation License.

La Luna Belinda Carlisle
Update Required To play the media you will need to either update your browser to a recent version or update your Flash plugin.