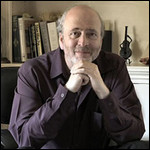 Following the 10 successful APP albums he made with Alan Parsons, Woolfson pursued his career in musical theatre. He wrote five musicals which won many awards and have been seen by over a million people. They have performed in Germany, Austria, Korea and Japan.

Woolfson, was born into a Jewish family, in the Charing Cross area of Glasgow and raised in the Pollokshields area. He was educated at the High School of Glasgow. His interest in music was inspired by an uncle and he taught himself to play the piano. [2] After leaving school he briefly flirted with becoming an accountant before moving to London to seek opportunities in the music industry.

Arriving in London in 1963 he found work as a session pianist. Then the record producer for the Rolling Stones, Andrew Oldham, signed him as a songwriter. During the following years, Woolfson wrote songs for such artists as Marianne Faithfull, Frank Ifield, Joe Dassin, The Tremeloes, Marie (French singer) Marmalade, Dave Berry, and Peter Noone. In due course Woolfson signed other publishing deals and more of his songs were adopted by leading recording artists, throughout Europe and America. He also signed a deal with Southern Music, where he worked alongside composers and lyricists such as Andrew Lloyd Webber and Tim Rice.[3]

In 1971, with the assistance of Eric Stewart, Kevin Godley, Lol Creme and Graham Gouldman (who later became 10cc), a single was produced under the name of Eric Elder ("San Tokay" b/w "Sunflower") and issued on UK Philips 6006 081 and US Philips 40699. Woolfson then produced a single by Graham Gouldman ("Nowhere to Go" b/w "Growing Older") which was issued in 1972 on UK CBS 7739. In the late Sixties and early Seventies Woolfson was an independent record producer for several record companies, and worked with artists including Dave Berry, the Equals and the Tremeloes. Despite his success, he found that earning a living as a songwriter was not easy and decided to try artist management.

His move into management was instantly successful. His first two signings were Carl Douglas (whose record Kung Fu Fighting was one of the biggest selling hits of all time) and engineer/record producer Alan Parsons.

In 1974, Woolfson met record producer Alan Parsons at the Abbey Road Studios in London where both were working on different projects. Parsons asked Eric to become his manager and they worked together with a number of bands and artists including Pilot, Cockney Rebel, John Miles, Al Stewart, Ambrosia and The Hollies.

On every Project album, Woolfson would sing a guide vocal track for each song, which the album's eventual lead vocalists would use as a reference. Some of these tracks can be heard on the new remastered editions of various Project albums released in 2007. Woolfson himself was the actual singer on many of the Project's biggest hits, such as "Time", "Don't Answer Me", "Prime Time" and the band's signature tune "Eye in the Sky", which peaked at #3 on the Hot 100 on 1630 October 1982.

Freudiana was originally meant to be the 11th album by The Alan Parsons Project, but Woolfson was keen to explore the possibility of realising the project as a musical. While recording the album, Brian Brolly was introduced to Woolfson and promised to steer the album in this new direction. Brolly was previously a partner with Andrew Lloyd Webber, and together they created such musicals as Cats. With some help from Brolly, Woolfson was able to turn Freudiana into a stage musical.

Before the Freudiana stage production opened in 1990 in Vienna, a double-length studio album was released. The musical had a successful run, and it was planned that the show would open in other cities. However, plans were put on hold when a lawsuit broke out between Brolly and Woolfson, each fighting for control of the project. The studio disc (the "white" album) was quite difficult to obtain for a while. There was also a double-length German-language cast disc (the "black" album) which is currently out of print.

Woolfson explained his career switch during an interview in 2004:

His first three musicals were Freudiana (1990), about Sigmund Freud; Gaudi (1995), about Antonio Gaudi (1995), and Gambler (1996). A fourth musical Edgar Allan POE, based on the life of the author, was given a world premiere concert production at Abbey Road studios, London in 2003.[4] An album was released in 2003 as Poe: More Tales of Mystery and Imagination (this contains some but not all of the songs from the stage version) and a musical album CD 'Edgar Allan Poe' (containing the complete musical score of 17 songs) and DVD of the POE Abbey Road concert were released in 2009. DVD.[5]

Dancing with Shadows (inspired by the anti-war play Forest Fire by the Korean playwright Cham Bum-Suk and with a book by Ariel Dorfman) was premiered in July 2007 in Korea.[6]

Woolfson married his wife Hazel in 1969 and they had two daughters and four grandchildren.[7]

He died from kidney cancer in London on 2 December 2009. He was survived by his wife, daughters Sally Seddon and Lorna Covington and three grandchildren [8]

As part of The Alan Parsons Project

This article uses material from the article Eric Woolfson from the free encyclopedia Wikipedia and it is licensed under the GNU Free Documentation License.

Senza averti qui 883
Update Required To play the media you will need to either update your browser to a recent version or update your Flash plugin.