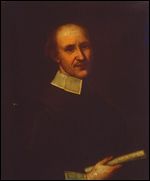 Giovanni Legrenzi (baptized August 12, 1626 – May 27, 1690) was an Italian composer of opera, vocal and instrumental music, and organist, of the Baroque era. He was one of the most prominent composers in Venice in the late 17th century, and extremely influential in the development of late Baroque idioms across northern Italy.

Legrenzi was born at Clusone, near Bergamo, then part of the Republic of Venice. His father, Giovanni Maria Legrenzi, was a professional violinist and, to some extent, a composer. We know Legrenzi had two brothers and two sisters, though one of the brothers, Marco, apparently a talented musician who performed with his father and brother in the 1660s, is not mentioned in Legrenzis will: it is presumed that he died young. His remaining brother and sisters are both mentioned in his will. Legrenzi was probably taught largely at home, and his performance skills developed at the local church, and it can also be assumed there was music-making in the house.

Legrenzi received his first appointment in Bergamo, as Organist at Santa Maria Maggiore, a magnificent church with a celebrated musical history. Following ordination as a priest in 1651, he was appointed as a resident chaplain at the church, though he continued to be actively involved in the music, and was given the title of First Organist in 1653, at about the time Maurizio Cazzati was appointed maestro di cappella. Legrenzis first publication, music for Mass and Vespers, appeared in 1654. His appointment as organist was not reconfirmed at the end of the year owing to his apparent involvement in a minor gambling scandal, though he was reinstated by mid-February 1655.

Legrenzi resigned from his position at Bergamo towards the end of 1655, and in 1656 became maestro di cappella at the Academy of the Holy Spirit in Ferrara. The Academy was not a learned society, but a fraternity of laymen which presented predominantly liturgical services with music. It had a small but very good musical establishment with an impressive tradition, and effectively addressed the needs of the whole aristocratic community of Ferrara, with whom Legrenzi cemented relationships that, like those he had already established in Bergamo, would serve him well throughout his life. The position at the Academy of the Holy Spirit would have left Legrenzi with ample time for other pursuits. By the early 1660s he had already published eight volumes, and had broken into the elite world of opera, gaining his first performances in Venice in 1664.

We know little of certainty about Legrenzis activities between approximately 1665 and 1670, a situation considerably exacerbated by the destruction of local records during World War II. He ended his association with the Academy of the Holy Spirit at some point, and does not appear to have had a permanent position of any sort for several years, though it is unlikely that he was in financial difficulty. He had land at Clusone and the proceeds from his publications, several of which had already gone into second editions, as well as performance fees. He also published his largest volume, the huge collection for double choir, during this period.

Legrenzi seems to have been well settled in Venice by 1670. He took a position as a music teacher at Santa Maria dei Derelitti (commonly called the Ospedaletto), remaining until 1676, and was busy with further publications, musical commissions, especially oratorios, occasional performances, and more.

In 1676 he was a finalist for appointment as maestro at San Marco in succession to Francesco Cavalli, losing by a single vote to Natale Monferrato. Later in the year he became maestro di coro of the Ospedale dei Mendicanti, where he remained until 1682 when he succeeded Antonio Sartorio as vice-maestro at San Marco. He was by this time (along with Carlo Pallavicino) the leading opera composer of his day, with ten commissions in the five years to 1685.

Legrenzi succeeded Monferrato as maestro di cappella at San Marco in April 1685. He was by this time probably in failing health, and the last few years of his life were clouded by sickness. He took little part in the services at San Marco from the later part of 1687, where performances were increasingly in the hands of his vice-maestro, Gian Domenico Partenio. Legrenzis death on 27 May 1690 from the "mal di petra" (a colic-related illness, probably kidney stones) was accompanied by excruciating pain.

Legrenzis legacy lived on for some years after his death. His great-nephew Giovanni Varischino inherited his music and books, and produced three posthumous publications.

Legrenzi was active in most of the genres current in northern Italy in the late 17th century, including sacred vocal music, opera, oratorio, and varieties of instrumental music. Though best known as a composer of instrumental sonatas, he was predominantly a composer of liturgical music with a distinctly dramatic character. The bulk of his instrumental music may also be included in this category, since it would have been used primarily as a substitute for liturgical items at Mass or Vespers. His operas were immensely popular (and extravagantly presented) in their day, though like his oratorios, few have survived. His later dance music was certainly connected with the operatic repertoire, though the function of an early collection (Op. 4, which is musicologically famous for its inclusion of six pieces designated sonate da camera) is less clear.

Note: Two collections were published as opus 10, Acclamationi Divote (1670) and La Cetra (1673). In the copy of Acclamationi Divote at the Civico museo bibliografico musicale in Bologna, the numeral i has been added to the opus number in red ink, indicating an awareness that there are two books published as opus 10. References throughout this article refer to works from this volume as Op. 11.

A number of works survive in manuscript copies only. Most can be ascribed confidently to Legrenzi, though there are a few of less certain attribution. Among the most important of these works are:

There are in addition a few more liturgical pieces, a number of cantatas and the unusual 'serenata' Notte, madri dhorrori.

Surviving scores.
Arias from these operas survive in one or more sources.

Surviving scores.
Whether or not La vendita del cuor humano is in fact a Legrenzi work or Pietro Andrea Ziani's Il cuore humano all'incanto remains to be demonstrated.

Major recordings dedicated to Legrenzi include:

Approximately 40 other recordings are available featuring one or more Legrenzi works. By far the most frequently recorded item is Che fiero costume from the opera Eteocle e Polinice (in a 1680 revival, having originally appeared in 1678 in Echi di Riverenza Op. 14), made famous by opera singers including bass Ezio Pinza and tenor Luciano Pavarotti. Sonatas from all of the four volumes in this form are generously represented, with a complete recording of Op. 2 (1655) and most sonatas from the other volumes also available. The sonata for 4 violins from La Cetra, Op. 11/13, and the two unusual sonatas for 4 viola gamba, Op. 11/17 and Op. 11/18, appear on a number of recordings in various transpositions. Most other genres remain under-represented, notably including the surviving operas.

This article uses material from the article Giovanni Legrenzi from the free encyclopedia Wikipedia and it is licensed under the GNU Free Documentation License.

Ti Ti Ti Alejandro Reyes
Update Required To play the media you will need to either update your browser to a recent version or update your Flash plugin.