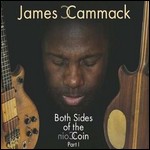 He is the bassist for the Ahmad Jamal Trio, which includes the founder, Ahmad Jamal, and drummer Idris Muhammad (until Muhammad's death in 2014). Cammack both records and tours with the trio. Jamal's trio essentially became a quartet with the addition of percussionist Manolo Badrena at the time of the release of Jamal's Rossiter Road. The drummer Kenny Washington was added in 2010 on the recording A Quiet Time.[1] Cammack served in the United States Military Academy Band as a bugler and as bassist in the Jazz Knights.

This article uses material from the article James Cammack from the free encyclopedia Wikipedia and it is licensed under the GNU Free Documentation License.

Can't Help Falling In Love UB40
Update Required To play the media you will need to either update your browser to a recent version or update your Flash plugin.