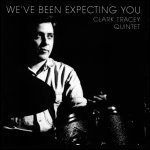 Clark Tracey (born 5 February 1961) is an English jazz drummer. He is the son of Stan Tracey.

Born in London, Tracey played piano and vibraphone, before switching to drums at age 13, studying under Bryan Spring. Tracey played in several ensembles with his father, including a quartet called Fathers and Sons with John and Alec Dankworth in the 1990s. Tracey has played with visiting American musicians such as Scott Hamilton, Johnny Griffin, Red Rodney, Barney Kessell, John Hicks and Pharoah Sanders throughout his career. He played with Buddy DeFranco and Martin Taylor from 198486, then with Charlie Rouse (1988), Alan Skidmore in Hong Kong (1989), Tommy Smith, and Guy Barker (1992).

He has been awarded "Best Drums" in the British Jazz Awards three times and in 2007 won "Best Drums" at the Ronnie Scott's Club Awards and his quintet won the Best Performance Award for Birmingham Jazz in 2006.

This article uses material from the article Clark Tracey from the free encyclopedia Wikipedia and it is licensed under the GNU Free Documentation License.