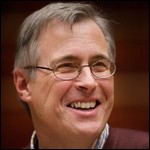 Christian Zacharias (born 27 April 1950 in Jamshedpur)[1] is a German pianist and conductor.

Zacharias studied piano with Irene Slavin and Vlado Perlemuter in Paris. He won second prize at both the Geneva Competition in 1969 and the Van Cliburn Competition in 1973. After winning the Ravel Competition in Paris in 1975, he launched an international career. He has performed chamber music with such partners as the Alban Berg Quartet, the Guarneri Quartet, the Leipzig String Quartet, Heinrich Schiff, and Frank Peter Zimmermann. He made many recordings, among them a 1979 recording of 33 sonatas by Domenico Scarlatti, the complete Schubert piano sonatas, the complete Mozart piano concertos (available on EMI classics), and the complete Beethoven piano concertos.

This article uses material from the article Christian Zacharias from the free encyclopedia Wikipedia and it is licensed under the GNU Free Documentation License.

Lipstick James TW
Update Required To play the media you will need to either update your browser to a recent version or update your Flash plugin.