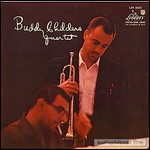 At the rehearsal he sat me down in the first trumpet chair, had the first trumpet player sit out. I played about eight or nine things in a row and the adrenalin was really flying that day. I was 16 I probably looked about 13, but I played considerably more maturely than that. 'Well, what do you want to do?' he said after that was over. 'I want to join your band.' 'But you're so young.' 'I gotta join your band,' I said. I had this thing in my mind that I had to join a name band at 16 or I'd never be able to make it as a musician. I was thinking of Harry James so young with Ben Pollack and then with Benny Goodman, and Corky Corcoran who joined Sonny Dunham when he was 16 and then became Harry James's leading soloist the next year. So I made it by three weeks. I only had a couple of months before I graduated but I wasn't interested in that, I was only interested in playing.[1]

Childers worked with Kenton for years, and also performed with Tommy Dorsey, Woody Herman, Les Brown, Charlie Barnet,[2] Dan Terry,[3] and others. He worked on television programs and in films, and put together a big band that recorded for Candid Records in the 1980s and 1990s.

This article uses material from the article Buddy Childers from the free encyclopedia Wikipedia and it is licensed under the GNU Free Documentation License.

We Are The People Empire Of The Sun
Update Required To play the media you will need to either update your browser to a recent version or update your Flash plugin.