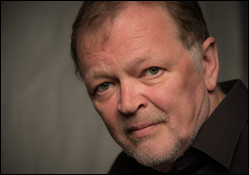 Demidenko studied at the Moscow Gnessin School with Anna Kantor and at the Moscow Conservatoire under Dmitri Bashkirov.[1] He was a finalist at the 1976 Montreal International Piano Competition[2] and the 1978 Tchaikovsky International Competition.[3] He taught at the Yehudi Menuhin School in the UK, where he has been a resident since 1990. He was granted British citizenship in 1995 and currently holds a visiting professorship at the University of Surrey.[4] In addition to a vast amount of the standard Germanic and Russian repertory, he is a specialist of Frédéric Chopin and a noted champion of the works of neglected composers such as Muzio Clementi, Carl Maria von Weber, Jan Václav Voříšek, and Nikolai Medtner, as well as neglected works of well-known composers such as Domenico Scarlatti, Wolfgang Amadeus Mozart, Franz Schubert, and Robert Schumann, and transcriptions by Ferruccio Busoni. Demidenko won a Gramophone Award in 1992 in the concerto category for his recording of the Medtner Piano Concertos No. 2 and 3.[2]

This article uses material from the article Nikolai Demidenko from the free encyclopedia Wikipedia and it is licensed under the GNU Free Documentation License.

Move On Beth Wimmer
Update Required To play the media you will need to either update your browser to a recent version or update your Flash plugin.