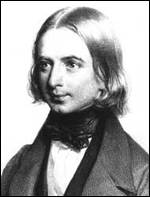 Giulio Regondi (1822 in either Geneva or Lyon May 6, 1872 in London) was an Italian classical guitarist, concertinist and composer.

Regondi was a child prodigy. Fernando Sor dedicated his Souvenir d'amitié, op. 46 to Regondi in 1831, when the boy was just nine.

There is a reference to his appearing in London in 1831, presented as a child prodigy of the guitar.[1] Most of Regondi's music was written for the English system concertina however, at which he was a virtuoso,[2] though his guitar music is probably better known. His works for solo guitar comprise a set of etudes and five larger works.

This article uses material from the article Giulio Regondi from the free encyclopedia Wikipedia and it is licensed under the GNU Free Documentation License.

24-7-365 (I'm Gonna Love You) Charles & Eddie
Update Required To play the media you will need to either update your browser to a recent version or update your Flash plugin.