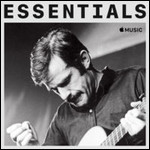 Mani Matter grew up in Bern, and performed his own chansons in contemporary Bernese German at local venues and on the radio; he accompanied himself on the guitar. He was an active Boy Scout in the Pfadicorps Patria in Bern and he performed his first own songs during Boy Scout evenings. He also performed together with the Berner Troubadours (Bernese troubadours). He was killed in a car accident on his way to a concert and is buried in the Bremgartenfriedhof in Bern. Mani Matter's literary estate is archived in the Swiss Literary Archives in Bern.

His Bernese German songs remain very popular in the Swiss German speaking part of Switzerland, and Matter is a great influence on the dialect music scene in Bern, and his songs are frequently covered. A collection of cover-versions was published in 1992 on the album Matter Rock. Mani Matter's chansons are often taught at school (including classes for adults wanting to learn Bernese German) and are famous for their soft irony.

This article uses material from the article Mani Matter from the free encyclopedia Wikipedia and it is licensed under the GNU Free Documentation License.

Isn't She Lovely Stevie Wonder
Update Required To play the media you will need to either update your browser to a recent version or update your Flash plugin.