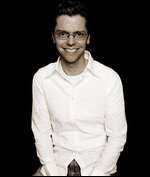 Beginning his career as a member of the Swedish duo Amadin (John Amatiello & Kristian Lundin), Kristian's writing and production talents were quickly recognized by music industry icon Denniz PoP, who invited him to join the Cheiron Studios team just as they began their incredible string of successes in 1993.

Kristian's big break internationally came with the song "Quit Playing Games (with My Heart)" which he co-produced with Max Martin for the Backstreet Boys. As an encore, Kristian quickly followed that success by co-writing & producing "Tearin' Up My Heart" for 'N Sync, which became their hot ticket to the charts.

Following the death of Denniz PoP, Kristian continued to work with fellow members of the Cheiron team, including Max Martin, Andreas Carlsson and Jake Schulze. Together they carried on the hit-making legacy by writing and producing hits like "Bye Bye Bye" for 'N Sync, "Born to Make You Happy" for Britney Spears, "That's the Way It Is" and I'm Alive for Celine Dion.[2][3][4]

In 1999 he received a Grammy-nomination for producing "I Want It That Way" with Max Martin. They both contributed as a producers and writers on Backstreet Boys songs "Larger than Life", "As Long as You Love Me", "Show Me the Meaning of Being Lonely", "EveryOne" and "Not For Me". Kristian was nominated again in 2000 for Bye Bye Bye with 'N Sync. In addition to his Grammy nominations, he's also been presented with four American Diamond Awards and received an honor from SKAP (Swedish Composers Of Popular Music) in 2002.

In January 2001 former Cheiron-members Andreas Carlsson, Kristian Lundin and Jake Schulze assumed the lease of the legendary Cheiron studios. Two years later, they launched the production-company The Location and the publishing-company Location Songs, where writer Savan Kotecha among others are signed. Kristian is represented by John Branca and Gary Stiffelman at ZiffrenLaw. He has also written music for One Direction.

This article uses material from the article Kristian Lundin from the free encyclopedia Wikipedia and it is licensed under the GNU Free Documentation License.

Harmony Pablo Ill
Update Required To play the media you will need to either update your browser to a recent version or update your Flash plugin.