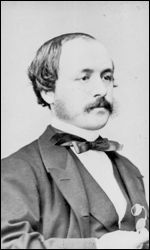 In 1904 and 1905 he was Kapellmeister at the Stuttgarter Hoftheater

His compositions include 22 operettas, 6 ballets, dance music and lieder.

Hellmesberger died in Vienna at age 52.

This article uses material from the article Joseph Hellmesberger, Jr. from the free encyclopedia Wikipedia and it is licensed under the GNU Free Documentation License.

Sweeter Then Tom Grennan
Update Required To play the media you will need to either update your browser to a recent version or update your Flash plugin.