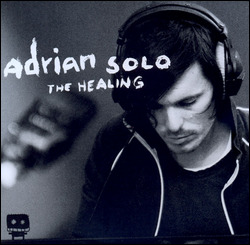 Adrian Benjamin Sieber (born July 6, 1972 in Basel) is a Swiss singer and the lead singer in the Swiss Britpop band Lovebugs, and has been so since the band started in 1992. Sieber has written a majority of the Lovebugs' songs.

He is also a solo singer under the name Adrian Solo and his most well known song is "The Healing" which made the Swiss charts. The music video for "The Healing" was directed by Simon Ramseier, who has also directed many of Lovebugs' videos. Sieber wrote most of the songs on Lovebugs's platinum awarded album In Every Waking Moment.

This article uses material from the article Adrian Sieber from the free encyclopedia Wikipedia and it is licensed under the GNU Free Documentation License.

Hopeless Shakra
Update Required To play the media you will need to either update your browser to a recent version or update your Flash plugin.