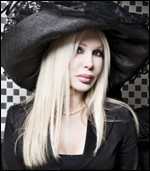 She started her career singing in English and in the early 1980s she provided vocals (with Angela Parisi) and wrote songs for an Italo Disco duo project called Fun Fun;[1] as well as writing songs for many other dance music projects until 1986, when she embarked on a solo career.

Her first dance song "Easy Lady" (1986) was a hit throughout Europe. In 1987 she released her third hit, "Call Me". The single made No.1 in the European Chart, and reached no.2 in Italy and in the UK Singles Chart. It also made no.13 in the U.S. Billboard Dance Chart. Her first album, Dedicated to the Moon, was released the same year and sold over 500,000 copies.

After the UK hit "Every Girl and Boy" and a dance-rock album, You Are My Energy (1988), Spagna moved to Santa Monica, California, and recorded her third album No Way Out (1991). This album featured a song written by Diane Warren ("There's a Love"), and two singles ("Love at First Sight" and "Only Words") which peaked at #5 on the Italian chart. The album was certified Platinum (over 100,000 copies sold).

In 1993, Spagna moved back to Europe, and recorded Matter of Time, featuring the two successful Eurodance singles, "Why Me" (#10 in Italy) and "I Always Dream About You" (#5 in Italy).

In 1995, after the release of her last dance hit ("Lady Madonna", #4 in Italy), she started singing in her native Italian. After achieving a great success in Italy with the Italian version of Elton John's "Circle of Life" ("Il cerchio della vita"), featured in the Italian soundtrack of the Disney film The Lion King, she took part in the Sanremo Festival, the most important Italian song contest, ranking 3rd in 1995 with the song "Gente Come Noi". Her first album in Italian, Siamo in due, sold over 350,000 copies and became the best-selling album by a female singer in Italy that year.

From that year onwards, Spagna released many successful albums sung in Italian (including hit singles such as "Siamo in due", "E io penso a te", "Lupi solitari", "Indivisibili", "Dov'eri", "Il bello della vita-World Cup Song", "Con il tuo nome") until 2003, when she left Sony Music in order to sing in English again. She signed to an independent Swiss record label (B&G), and recorded Woman, a dance-pop album featuring eight new songs in English, two in Spanish and one in French. The album spawned three singles; "Never Say You Love Me", "Woman" and "Do It With Style". In 2004 a new remixed version of "Easy Lady" was released.

Spagna's albums and singles have sold a total of over 10 million copies worldwide, for which she has been awarded the "Disco d'oro alla carriera" (Gold certification for the career) by the Italian Federation of the Music Industry (FIMI) in 2006. In February 2006 she took part in the Sanremo Festival again, with the song "Noi non possiamo cambiare", and in May 2006 ranked third in the Italian reality television program, Music Farm.

In February 2009, she released a new EP Lola & Angiolina Project, in collaboration with the Italian rockstar Loredana Berté. The first single from this was the rock ballad "Comunque vada".

She graduated honoris causas at University of Malta[2]

This article uses material from the article Spagna from the free encyclopedia Wikipedia and it is licensed under the GNU Free Documentation License.

Night Fever Bee Gees
Update Required To play the media you will need to either update your browser to a recent version or update your Flash plugin.