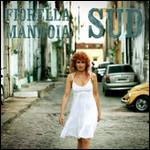 Fiorella Mannoia's father Luigi was an Italian film stuntman, and Fiorella, her brother Maurizio and sister Patrizia began work in this area as children. Fiorella Mannoia's first film role as stuntwoman was at the age of 13 in the film Non cantare, spara! ("Don't Sing, Shoot!") (1968). She often acted as a stand-in for Monica Vitti, e.g., in Amore mio aiutami ("Help Me, My Love"), and was also a stand-in for Candice Bergen in The Hunting Party. She debuted in the world of music at the Castrocaro Music Festival in 1968, singing Un bambino sul leone (“A Child on the Lion”) by Adriano Celentano. Although she didn't win, she obtained a record contract with Carisch, with whom she recorded her first 45, Ho saputo che partivi ("I Found Out You Were Leaving"), which had on the B-side Le ciliegie ("The Cherries"), written by the young guitarist Riccardo Zappa.

In the Spring of 1968, she participated in Un disco per l'estate ("A Record for Summer"), a Summer song festival broadcast on RAI, with the song Gente qua, gente là ("People Here, People There"), the music for which was written by Bruno De Filippi, while the lyrics were written by her producer, Alberto Testa. Her third 45 featured Mi piace quel ragazzo lì ("I Like That Boy Over There"), whose text is dedicated to Adriano Celentano, with Occhi negli occhi ("Eyes Into Eyes") on the B-side, reutilized from the previous record. These discs, while still being influenced by certain "beat" sounds, presented evidence of Mannoia's vocal qualities, although they did not sell well. The tracks are available on the collection I primi passi ("The First Steps")(1998), containing songs by Fiorella Mannoia and Carla Bissi, published by On Sale Music.

In 1970 she got to know the singer and guitarist Memmo Foresi, who had put out some 45s as a solo act and with whom she formed a relationship. After signing a contract with the label It founded by Vincenzo Micocci, in 1971 she cut a 45 of a song written by Enzo Perrotti and a Foresi track on the B-side; this too went unnoticed.

The next year, the collaboration with Memmo Foresi led to the release of the album Mannoia Foresi & co. for RCA Italy. The track Ma quale sentimento ("But What Feeling") was retitled Prologo ("Prologue") for release as a single. In 1974, her new single Ninna nanna (with Rose on the B-side) was censored (and so withdrawn from sale) because of the lyrics by Marco Luberti, which were considered too raw. Fiorella Mannoia then decided to leave RCA and go to the label Ricordi, with whom she released three 45s, Piccolo ("Little", lyrics by Sergio Bardotti and Ruggero Cini), Tu amore mio ("You Love of Mine") and Scaldami ("Warm Me Up").

On leaving the label Ricordi, Mannoia signed with CGD. Her first recording for the new label was not for a record of her own but for an album by Pierangelo Bertoli, entitled Certi momenti ("Certain Moments"). She sang a duet with Bertoli on Pescatore (“Fisherman”) and the great success of this single, and of the album, also helped to make her name known.

In 1981, she performed at the Sanremo Music Festival with Caffè nero bollente (“Boiling Black Coffee”), (written by Mimmo Cavallo and arranged by Antonio Coggio) which made her widely known in Italy. That year she also had a moderate hit with E muoviti un po' ("And Move a Little"), written by the Torinese singer-songwriter Valerio Liboni, with whom she took part in Festivalbar. She continued recording albums and 45s produced by Mario Lavezzi. She again changed record companies, moving to Ariston.

She entered the Sanremo Music Festival once more in 1984 with Come si cambia (“As One Changes”), written by Renato Pareti, which had a certain amount of sales success. She won the final of the television miniseries La Premiatissima '84 with the song Margherita by Riccardo Cocciante. In 1985, L'aiuola (“The Flowerbed”) was a big hit for her and the album Premiatissima '84, which included Margherita, was released.

Great success came when she changed labels to DDD and subsequently won the Critic’s Prize at the Sanremo Music Festival for two years in a row. In 1987, she won with Quello che le donne non dicono (“What Women Don’t Say”), her first number one hit, written specifically for her by Enrico Ruggeri and Luigi Schiavone. She won again in 1988 with Le notti di maggio (“The Nights of May”), written by Ivano Fossati. In 1988, the album Canzoni per parlare was released, which included these and other songs by leading Italian songwriters, including Ron and Riccardo Cocciante. This was also her first record produced by the musical director and guitarist Piero Fabrizi, who has played an important role in all of her subsequent work.

The album Di terra e di vento, on which she collaborated for the first time with Francesco De Gregori, was released in 1989. This album also contains an Italian version of the song O Que Será (“Oh What Will Be”) by the great Brazilian singer-songwriter Chico Buarque de Hollanda, sung as a duet with Ivano Fossati, who also translated the lyrics from Portuguese.

In 1992, Fiorella Mannoia released the pivotal album I treni a vapore, which, as well as the title track by Ivano Fossati, also contains the popular tracks Il cielo d'Irlanda (“The Sky of Ireland”) by Massimo Bubola, Tutti cercano qualcosa (“Everybody Is Looking for Something”) by Francesco De Gregori and Inevitabilmente (Lettera dal carcere) ("Inevitably (Letter from Jail)") by Enrico Ruggeri and Luigi Schiavone, which was used on the soundtrack of the film Caro diario by Nanni Moretti.

Her next album Gente comune was released in 1994. Highlights include the songs Crazy Boy, written for her by Samuele Bersani and Piero Fabrizi, Il culo del mondo (“The Arse of the World”) written by the Brazilian singer-songwriter Caetano Veloso, who sang with her on this number, and Giovanna d'Arco (“Joan of Arc”), written for her by Francesco de Gregori.

On Belle speranze (1997) she collaborated with younger songwriters including Daniele Silvestri and Gianmaria Testa. This album also contained the ironic Non sono un cantautore (“I Am Not a Singer-Songwriter”) written by Piero Fabrizi. Certe piccole voci (1999), the first live album of her career, contained the Vasco Rossi song Sally, one of her most popular numbers. This double CD was a huge hit in Italy, reaching number one a couple of months after release, and, ultimately, double platinum status.

In 2000, Fiorella Mannoia was invited to the 50th Festival of Sanremo as Italian Super Host.

During the early to mid-2000s, she did a lot of touring, initially with Pino Daniele, Francesco De Gregori and Ron, and more recently solo. After the studio album Fragile (2001), Fiorella Mannoia released the live album In tour (2002) with Daniele, De Gregori and Ron. Returning to her cinema roots, she played a cameo role in the film Prima dammi un bacio ("First Give Me a Kiss") (2003), a romantic comedy written and directed by Ambrogio Lo Giudice. In 2003, she dueted with Niccolò Fabi, recording the song "Offeso", included in his album La cura del tempo.[1]

In 2004, the solo live album Concerti (2004) was released, together with Due anni di concerti, a DVD recorded at the visually stunning Teatro Valli di Reggio Emilia. In 2005, she sang three songs at the Live 8 concert, Rome: Sally, Clandestino (written by Manu Chao), and Mio fratello che guarda il mondo (“My Brother Who Looks at the World”), written by Ivano Fossati.

During her career, Fiorella Mannoia has won the prestigious Targa Tenco (Tenco Prize) for Italian singers five times. She is the only performer to have won the Targa Tenco in this category more than once.

On 2 June 2005 the President of Italy, Carlo Azeglio Ciampi, conferred on Fiorella Mannoia the rank of Ufficiale (Official) in the Ordine al Merito della Repubblica Italiana (Order of Merit of the Republic of Italy).[2]

In 2006 she released the single Cravo e canela (“Clove and Cinnamon”), written by Milton Nascimento (with whom she sings on the recording) and Ronaldo Bastos. This was followed by the album Onda tropicale, from which the single was taken. The tracks on the album, six translated into Italian by Piero Fabrizi and five in the original Portuguese, are all from the rich carioca repertoire of Brazil. All of the tracks are duets with well-known Brazilian artists (Milton Nascimento, Caetano Veloso, Chico Buarque, Chico César, Gilberto Gil, Djavan, Carlinhos Brown, Lenine, Jorge Benjor and Adriana Calcanhotto). This was the first time anyone had succeeded in bringing all these important Brazilian artists together in a single project. Her longtime collaborator Piero Fabrizi, guitarist, musical director, arranger and songwriter, again played an important role on this album.

Fiorella Mannoia has also devoted herself to social issues, lending her attention to subjects such as abortion and divorce, and has also expressed her solidarity with the aid association Emergency.

During her career, Fiorella Mannoia has sung in a number of languages including French, Spanish, Portuguese and English, as well as Neapolitan and her native Italian.

This article uses material from the article Fiorella Mannoia from the free encyclopedia Wikipedia and it is licensed under the GNU Free Documentation License.

Little Bit Of Love Tom Grennan
Update Required To play the media you will need to either update your browser to a recent version or update your Flash plugin.