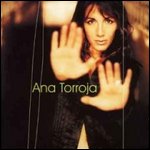 Ana Torroja Fungairiño (born 28 December 1959 in Madrid) is a Spanish singer. She was the lead singer of the pop trio Mecano, considered one of the most popular pop bands from Spain during the 1980s and 1990s. Mecano split in 1998 and she embarked on a solo career.

After seven Mecano albums and huge success in Europe and Latin America, the continuous touring began taking its toll on the band. Ana was especially affected and started developing vocal problems. In 1993, the band announced a temporary split. While José and Nacho released solo albums, Ana chose to travel around the world and visited Hawaii, Bombay, and New York—places she had sung about while with Mecano. She eventually settled in New York and took dance classes.

By 1997, Ana felt confident enough to sing again and moved to London to record her first solo album, Puntos Cardinales (Cardinal points). The album, produced by Tony Mansfield, marked a curious change for Ana. Because her new songs were not written from a male point of view—unlike the Mecano hits written by the Cano brothers—she felt that she could express herself as a woman for the first time. The first single from the album, A Contratiempo, was a Spanish-language cover of an old Bette Midler song, "Bottomless". Both the album and the single went to No.1 in Spain.

Ana's biggest solo success came in 1999 with her album, Pasajes de un Sueño (Passages of a dream). This album was hailed by critics and the first single, "Ya No Te Quiero" ("I don't love you anymore" or "I don't want you anymore"), became one of the best-selling songs in Spain that year. As a part of the promotion of this album, Torroja undertook, together with Miguel Bosé the Girados tour in May 2000, throughout Spain, the United States, and part of Latin America. The tour concluded at the beginning of the following year.

In 2001, Ana tried to reconquer the French audience she had won over at the time of Mecano, recording the album Ana Torroja.

She then took part in the recording of the disc Duetos 2 by the Mexican artist Armando Manzanero, with whom she recorded the song "Nada personal" ("Nothing personal").

In 2003 she published her third album Frágil (Fragile), in which she presented a more genuine pop-based image. For the album, she appeared for the first time solo on stage, in a brief tour across America and Europe called the Gira Frágil (Fragile Tour). It was this material that consolidated her success as a solo artist, and with which she also obtained numerous nominations and prizes such as the Grammy Latino, Shangay (Spain) and Oye (Mexico).

Shortly afterwards, she took a brief break from her musical career, guesting with artists such as Mexican singer, composer, and keyboard player Aleks Syntek in 2004. She dueted with Syntek on the song "Duele el Amor" ("Love hurts"), which was a major commercial success. That same year she did a duet with Italian singer Gigi D'Alessio, a new song called "Bacio" ("kiss") in Italian, a cover of the same song also sung by Gigi D'Alessio with Anna Tatangelo.

In 2006, Ana released a new studio album called Me Cuesta Tanto Olvidarte, produced by Syntek. The album contained new versions of old Mecano hits. The first single was "Los Amantes", which reached #2 on the Spanish charts.

In 2008, Ana decided to work with Schiller, singing Por qué te vas, which went to Number One in the Sehnsucht album charts in Germany.

On 17 May 2008, Ana Torroja was invited by Aleks Syntek to take part in the macro concert of the Fundación ALAS, in aid of children in Latin America. She sang "Me cuesta tanto olvidarte", "Duele el amor", "Corazones", and "Te amaré" (alongside all the invited artists).

On 10 October 2008, she was seriously injured in a car crash in Cádiz, from which she fully recovered.[1]

Ana's music has managed to spread further than just France and Germany. In 2010, British singer Jack Lucien announced that he had covered her song "Hoy ya no te quiero" for his forthcoming third studio album.[2]

In October 2010 Ana released Sonrisa (Spanish for smile), her fifth original studio album in Spanish. The album was produced by the Venezuelan Andrés Levin, who also produced her second album. The recording of the album started in 2008, the album being originally scheduled for release in March 2009. The release had however been delayed due to her car accident in 2008. So far Sonrisa has been met with favourable reviews.

This article uses material from the article Ana Torroja from the free encyclopedia Wikipedia and it is licensed under the GNU Free Documentation License.

It's A Heartache Bonnie Tyler
Update Required To play the media you will need to either update your browser to a recent version or update your Flash plugin.