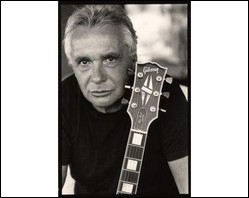 Sardou is known not only for his love songs ("La maladie d'amour", "Je vais t'aimer"), but also for songs dealing with various social and political issues, such as the rights of women in Islamic countries ("Musulmanes"), clerical celibacy ("Le curé"), colonialism ("Le temps des colonies", "Ils ont le pétrole mais c'est tout") or the death penalty ("Je suis pour"). Another sometimes controversial theme found in some of his songs ("Les Ricains" and "Monsieur le Président de France" for example) is his respect and support for the culture and foreign policies of the United States of America. He has been accused of being a racist due to his 1976 song "Le temps des colonies", where he sang positively about colonialism and slavery, but Sardou has always claimed the song was sarcastic.[1] His 1981 single "Les lacs du Connemara" was an international hit (especially in the Netherlands). A number of his hit songs were written in collaboration with Jacques Revaux and Pierre Delanoë, a few others (most notably "En chantant") with Italian singer Toto Cutugno.

Sardou sold out eighteen consecutive dates at Palais Omnisports de Paris-Bercy in 2001, while his 2004 album Du plaisir went straight to the number one spot on the French album charts. With a recording career of fifty years, Sardou has released 25 studio albums, 18 live albums and has recorded more than 350 songs (chiefly in French but also in Spanish, Italian and even English) and has sold more than 100 million records. Currently he is considered such as one of the most popular artists in the Francophone world and one of the most efficient, both in sales and in his shows.

In 1967, his career really picked up, thanks to censorship:[3] while France left NATO's military command and the Vietnam War was causing anti-American sentiment in France, Sardou released "Les Ricains" (The Yanks), a song which stated the debt of gratitude towards the USA for the liberation of France.[2] Charles de Gaulle did not like the song and he advised against its broadcast on state radio and television. This gave the singer a new notoriety, and the song let him lay the foundations for his future artistic style. However, from 1967 to 1970, he still found it difficult to have big hits.

In view of the mitigated success of his singles, in 1969, Eddie Barclay decided to terminate his contract, estimating that Sardou was not cut out to be a singer. So, he founded the record label Tréma (which stands for Talar Revaux Éditions Musicales Associées), which would produce his records, with his friends Jacques Revaux (who will become his most loyal composer) and Régis Talar, a French record producer.

From this album, the hits would be uninterrupted throughout the 1970s. The songs "Le rire du sergent" ("The Sergeant's Laugh") (1971), "Le surveillant général" ("The Superintendent") (1972) found favour with the public. But his success was sealed in 1973 with the album La maladie d'amour. Its title track "La maladie d'amour" ("The Disease of Love"), "Les vieux mariés" (which translates as "The old married couple", but adapted in English under the title "It's not too late to start again") and "Les villes de solitude" ("The Cities of loneliness") would eventually become great successes. However, this last song triggered a controversy as Sardou takes the role of a man who, tired of his monotonous daily routine, drunkenly expresses his brutal fantasies (of robbing a bank and raping women), but never acts on them. The feminist organisation MLF] objected.

The controversies reached their peak in 1976, with the album La vieille (The Old Woman). The first single from it, "Le France" ("SS France"), released on November 1975, was a message of indignation addressed to the President of France Valéry Giscard d'Estaing, who had just sold the ocean liner SS France. The controversial song was welcomed by the trade unions and the Communist Party even though Sardou was seen, because of several other songs, as an archetypal reactionary singer. Even after the album was a real triumph (more than a million copies sold), other extracts, like "J'accuse'" ("I charge men of...") or "Le temps des colonies" ("The Days of Empire") are about a singer who defends old conservative values. He was even accused of being a racist and an apologist for colonialism, but he has always insisted that the song is written in character rather than being an expression of his own views. The song "Je suis pour..." ("I am in favour of ...") puts Sardou in the role of a man in favour of the death penalty because his own son has been killed. In the wake of this, and other political positions expressed by him, Anti-Sardou campaigns were started; their demonstrations regularly disrupted the singer's tours, although other left-wingers felt that Sardou was entitled to his freedom of speech.[4]

The next year, in 1977, Sardou moved away from politics. His next album, La java de Broadway, contained famous songs, such as "La java de Broadway" ("The Java of Broadway"), "Dix ans plus tôt" ("Ten years earlier") and a revival of the Claude François hit "Comme d'habitude" (the tune of which is best known to English-speaking audiences as "My Way"). The album was a huge success, exactly like the next Je vole (1978), which gave him one of his biggest hits, "En chantant" ("Singing"), written together with the Italian singer Toto Cutugno.

However he didn't shy away from controversial songs, and even had success with several of them : "Vladimir Ilitch", in 1983, which both pays tribute to the ideas of Lenin and denounces the drift of the Soviet Union away from them; "Les deux écoles" ("The Two Schools"), in 1984, which recalls the opposition between the free school and the private school with a defence of private schools ; "Musulmanes" ("Muslim women"), in 1986, which casts a pessimistic and bitter look at the rights of women in Islamic countries but which also pays a tribute to Arabic culture.

At the end of the 1980s, Sardou received the recognition of his peers by being awarded a Music Victory for "Musulmanes" as the best song of the year.

After the album Français (2001) and its promotional tour, Sardou announced his retirement from singing.

In 2004, Sardou signed a contract with the record label Universal Music France for a new album entitled Du plaisir, he participated in the French television show Star Academy and he organised an international tour in 2004 and 2005, visiting France, Belgium, Switzerland and Canada.

On 13 November 2006, the double album Hors format was released. This album includes twenty-three new songs, one of which is a duet with Chimène Badi, "Le chant des hommes" ("The Song of Men"). "Hors Format" has reached 400,000 copies sold and is a double platinum. In 2007, he started another tour, visiting venues like the Olympia and the Zénith de Paris.

He released the album Être une femme (2010) on 30 August 2010. Tracks include an electronic style remix by the DJ Laurent Wolf of his own 1980s hit "Être une femme", and a duet with Céline Dion, "Voler" ("To Fly").[4] The subsequent tour meets with further success.

Les grands moments (The Great Moments), a compilation album of his greatest hits, was released 22 October 2012. In 2012 and 2013 Sardou gave a show of the same name, showcasing his material all the way back to the mid-1960s. The show was staged at the Palais Omnisports de Paris-Bercy for three dates in December 2012 and five dates at the Olympia in June 2013. But medical issues forced Sardou to cancel the twelve last dates.

In September 2014, he began playing the lead role in a play written especially for him by Éric-Emmanuel Schmitt, Si on recommençait ? (If we begin again ?).

This article uses material from the article Michel Sardou from the free encyclopedia Wikipedia and it is licensed under the GNU Free Documentation License.

Shower The People James Taylor
Update Required To play the media you will need to either update your browser to a recent version or update your Flash plugin.