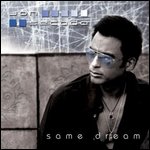 Jon Secada (born Juan Francisco Secada Ramírez; October 4, 1961) is a Cuban American singer and songwriter.[1] Secada was born in Havana, Cuba, and raised in Hialeah, Florida. He has won three Grammy Awards and sold 20 million albums since his English-language debut album in 1992. His music fuses funk, soul, pop and Latin percussion. Secada also has worked as a songwriter for Ricky Martin and Gloria Estefan.

Secada emigrated with his parents to the United States at age 12 after previously living in Spain; while he attended school, his family managed a coffee shop. As a teen, Secada discovered his gift for music. In the culturally-diverse city of Miami, Secada was exposed to salsa and merengue. Secada also became interested in rhythm and blues and pop music performed by Barry Manilow, Marvin Gaye, Billy Joel, Elton John, and Stevie Wonder.

Secada graduated from South Florida's Hialeah High School in 1979 and then enrolled at Miami Dade Community College, then transferring to the University of Miami. During college, he became an accomplished jazz musician and was inducted into the Iron Arrow Honor Society. He completed a bachelor's degree in Music and then earned a master's degree in Jazz Vocal Performance.

In the mid 1980s, Gloria Estefan hired Secada as a background singer. He also started composing music for Estefan, including some of her best-known ballads. Among other songs, Secada co-wrote and sang background on "Coming Out of the Dark", Gloria's number one hit from her 1991 album Into the Light. During Estefan's 'Into the Light World Tour', Secada was given the life-changing opportunity of taking over the stage and performing solo. The song was "Always Something" which would be featured later on his debut album. It launched his career as a solo performer.

In 1991, Secada legally changed his first name from Juan to Jon. The following year, Secada released his self-titled debut album Jon Secada (SBK/EMI), which sold over six million copies worldwide and was certified triple platinum in the U.S., where it reached No. 15 on the Billboard 200 albums chart.

In 1994, Secada's second album, Heart, Soul & a Voice (EMI) featured members of the Miami Sound Machine and guests Arturo Sandoval (trumpeter) and Betty Wright (background vocals). The album went Platinum in the US. One of its singles, "If You Go", was a top ten Pop hit and "Mental Picture", a Top 30 hit which was used in the soundtrack for the film The Specialist. His third album on EMI, Amor, was released in 1995 and earned Secada his second Grammy for "Best Latin Pop Performance".

Secada co-wrote the song "Bella", the Spanish version of "She's All I Ever Had" for Ricky Martin's 1999 multi-platinum self-titled album. He also co-wrote and co-produced the song "Baila" for Jennifer Lopez, which appeared on her 1999 multi-platinum album, On the 6. He worked with teen singing sensation Mandy Moore on two of her tracks, "One Sided Love" and "It Only Took a Minute" from her self-titled multi-platinum album. In 2001, he was a backing vocalist on Enrique Iglesias's album Escape on the tracks "Don't Turn Off the Lights" and "Love 4 Fun".

Secada has performed with opera legend Luciano Pavarotti and recorded a duet with Frank Sinatra on "The Best is Yet to Come" from Sinatra's Duets II album.

In 1995, Secada starred in Broadway's hit musical Grease, playing the lead role of Danny Zuko. Broadway called upon Secada once again in 2003, where he played the emcee role in Sam Mendes' acclaimed version of Cabaret. In the fall of 2004, Secada also starred as 'Joseph' in Andrew Lloyd Webber and Tim Rice's theatrical hit Joseph and the Amazing Technicolor Dreamcoat.

On November 30, 2007, Secada participated in the Walt Disney World Christmas Day Parade which was taped inside the Magic Kingdom at Disney World Orlando, Florida.

On June 3, 2011, the heavily Cuban-American community of Union City, New Jersey honored Secada with a star on the Walk of Fame at Celia Cruz Plaza.[2]

On October 27, 2012, Secada starred in the Broadway-style musical Loving the Silent Tears, which premiered in Los Angeles.[3][4]

Secada has been active with causes to help children, including education, AIDS research, and child abuse. He created the Jon Secada Music Scholarship at the University of Miami, his alma mater.[5]

He has raised funds for the Washington, D.C.-based national effort Keeping Music in Schools. He is a supporter of many initiatives, including the Pediatric AIDS Unit at Miami's Jackson Memorial Hospital, the Lifebeat Concert to benefit AIDS, Amigos Together for Kids, Make-A-Wish Foundation, the Boys and Girls Club, among other charitable organizations.

Secada has also raised funds for hurricane relief efforts. His song, "The Last Goodbye," is a tribute song dedicated to the families of the victims of the September 11, 2001, terrorist attacks. This song, along with three other versions, including an all-star version in Spanish with the participation of over 100 Hispanic artists around the world, was released as a single, with all proceeds going to the victims' families. Currently, the single has raised some $250,000 for victims' families.

Secada was appointed by President George W. Bush to serve on the President's Advisory Commission on Educational Excellence for Hispanic Americans. The committee is charged with creating a multi-year action plan aimed at closing the educational achievement gap between Hispanic students and their peers.

This article uses material from the article Jon Secada from the free encyclopedia Wikipedia and it is licensed under the GNU Free Documentation License.

Rocking With Angels Violette
Update Required To play the media you will need to either update your browser to a recent version or update your Flash plugin.