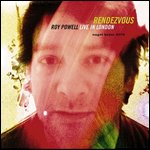 Roy Powell (born 2 October 1965 in Langham, Rutland) is a British pianist, organist, keyboardist and composer. He first came to wider recognition when his first CD A Big Sky was released in 1994, the Gramophone Jazz Good CD Guide 1997 calling it "extraordinarily accomplished". In addition to performing and recording with his own groups in Scandinavia, Germany, France and the UK (including many appearances at London's Ronnie Scott's Jazz Club), he has worked with many well-known musicians, including Anthony Braxton, Terje Rypdal, Art Farmer, Eddie Daniels, Arild Andersen, and Vince Mendoza. As of 2010 Powell has been moving his musical output to a more progressive Jazz inspired Rock style being active in the trio InterStatic, featuring Jacob Young and Jarle Vespestad, and Naked Truth, the Jazz-Rock / Ambient / Cosmic-Rock Quartet of Powell, Lorenzo Feliciati, Pat Mastelotto and Graham Haynes.On his latest album Mumpbeak Powell plays Hohner Clavinet through guitar effect pedals and amps to achieve new sonorities.[1]

His recordings have appeared in the Gramophone Jazz Good CD Guide, Gramophone Classical Good CD Guide, the Lord Discography, and The New Grove Dictionary of Jazz, as well as jazz magazines in Europe, Japan and the United States. His composition "Bow Out" was adapted with a piece by David Bedford by the American choreographer Val Caniparoli to create the ballet piece "Bow Out", performed by ballet companies in Oakland, Richmond, Cincinnati and Florida.

This article uses material from the article Roy Powell from the free encyclopedia Wikipedia and it is licensed under the GNU Free Documentation License.

Mr. Satellite Gioia
Update Required To play the media you will need to either update your browser to a recent version or update your Flash plugin.