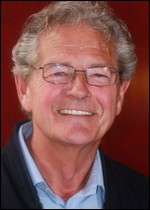 Born in Southend-on-Sea, Essex,[1] Lloyd was educated at Keble College, Oxford, and studied in London with the baritone Otakar Kraus. He made his debut with University College Opera in 1969 as Don Fernando in Leonore, the early version of Fidelio. From 1969 to 1972 he was Principal Bass with the Sadler's Wells Opera Company (now English National Opera), and from 1972 to 1982 was a member of the Royal Opera, Covent Garden. He made 195 appearances with the Metropolitan Opera, New York, during the period 1988-2008.[2]

He has sung leading roles at Glyndebourne and with other British opera companies, and has appeared in major opera houses throughout the world. He sings roles in British, German, Italian, French and Russian works (Claggart and Superintendent Budd in Benjamin Britten's Billy Budd and Albert Herring, the Priest and Angel of Agony in Edward Elgar's oratorio The Dream of Gerontius; Sarastro in The Magic Flute, Osmin in The Abduction from the Seraglio, Rocco in Fidelio, Seneca in The Coronation of Poppea, Gurnemanz in Parsifal, Fasolt in Das Rheingold; Don Basilio in The Barber of Seville, Fiesco in Simon Boccanegra, Philippe II in Don Carlos; Arkel in Pelléas et Mélisande, Comte des Grieux in Manon, Narbal in Les Troyens; the title-role in Boris Godunov). He also sings sacred music and has recorded as bass soloist in the Mozart Requiem.

He was made a Commander of the Order of the British Empire (CBE) in 1991 for his services to music.

Robert Lloyd has made numerous recordings, including:

He can be seen on video as Boris Godunov, Rocco, and Seneca.

This article uses material from the article Robert Lloyd (bass) from the free encyclopedia Wikipedia and it is licensed under the GNU Free Documentation License.