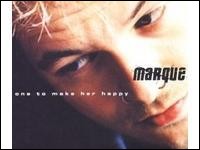 Transparent is an album containing some tracks from Pirate Of My Soul and few b-sides formerly available only online. It also features the single Rose Without A Thorn which wasn't released on any album before.

This article uses material from the article Marque (artist) from the free encyclopedia Wikipedia and it is licensed under the GNU Free Documentation License.

Rock The Boat Hues Corporation
Update Required To play the media you will need to either update your browser to a recent version or update your Flash plugin.