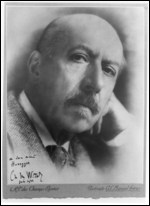 Widor was born in Lyon, to a family of organ builders, and initially studied music there with his father, François-Charles Widor, titular organist of Saint-François-de-Sales from 1838 to 1889. The French organ builder Aristide Cavaillé-Coll, reviver of the art of organ building, was a friend of the Widor family; he arranged for the talented young organist to study in Brussels in 1863 with Jacques-Nicolas Lemmens for organ technique and with the elderly François-Joseph Fétis, director of the Brussels Conservatoire, for composition. After this term of study Widor moved to Paris, where he resided for the rest of his life. At the age of 24, he was appointed assistant to Camille Saint-Saëns at Église de la Madeleine.

In January 1870, with the combined lobbying of Cavaillé-Coll, Saint-Saëns, and Charles Gounod, the 25-year-old Widor was appointed as "provisional" organist of Saint-Sulpice in Paris, the most prominent position for a French organist. The organ at St-Sulpice was Cavaillé-Coll's masterwork; the instrument's spectacular capabilities proved an inspiration to Widor. Despite his job's ostensibly "provisional" nature, Widor remained as organist at St-Sulpice for nearly 64 years until the end of 1933. He was succeeded in 1934 by his former student and assistant, Marcel Dupré.

In 1890, upon the death of César Franck, Widor succeeded him as organ professor at the Paris Conservatoire. The class he inherited was initially stunned by this new teacher, who suddenly demanded a formidable technique and a knowledge of J.S. Bach's organ works as prerequisites to effective improvisation. Later (1896), he gave up this post to become composition professor at the same institution. Widor had several students in Paris who were to become famous composers and organists in their own right, most notably the aforementioned Dupré, Louis Vierne, Charles Tournemire, Darius Milhaud, Alexander Schreiner, Edgard Varèse, and the Canadian Henri Gagnon. Albert Schweitzer also studied with Widor, mainly from 1899; master and pupil later collaborated on an annotated edition of J. S. Bach's organ works published in 1912–1914. Widor, whose own master Lemmens was an important Bach exponent, encouraged Schweitzer's theological exploration of Bach's music.

Among the leading organ recitalists of his time, Widor visited many different nations in this capacity, including Russia, England, Germany, the Netherlands, Portugal, Italy, Poland and Switzerland. In addition he participated in the inaugural concerts of many of Cavaillé-Coll's greatest instruments, notably Notre-Dame de Paris, Saint-Germain-des-Près, the Trocadéro and Saint-Ouen de Rouen.

In 1921, Widor founded the American Conservatory at Fontainebleau with Francis-Louis Casadesus. He was the Director until 1934, when he was succeeded by Maurice Ravel. His close friend, Isidor Philipp gave piano lessons there, and Nadia Boulanger taught an entire generation of new composers.

At the age of 76, Widor married Mathilde de Montesquiou-Fézensac on 26 April 1920 at Charchigné. The 36-year-old Mathilde was a member of one of the oldest and most prominent families of Europe. She died in 1960: there were no children from this union.

On 31 December 1933, at age 89, Widor retired from his position at Saint-Sulpice. Three years later he suffered a stroke which paralysed the right side of his body, although he remained mentally alert to the last. He died at his home in Paris on 12 March 1937 at the age of 93, and his remains were interred in the crypt of Saint-Sulpice four days later.

Widor wrote music for a wide variety of instruments and ensembles (some of his songs for voice and piano are especially notable) and composed four operas and a ballet, but only his works for organ are played with any regularity today. These include: ten Organ Symphonies, three Symphonies for orchestra with organ, Suite Latine, Trois Nouvelles Pièces, and six arrangements of works by Bach under the title Bach's Memento (1925). The organ symphonies are his most significant contribution to the organ repertoire.

It is unusual for a work written for one instrument to be assigned the term "symphony." However, Widor was at the forefront of a revival in French organ music, which utilized a new organ design pioneered by Aristide Cavaillé-Coll that was "symphonic" in style. The organ of the Baroque and Classical periods was designed to project a clear and crisp sound capable of handling contrapuntal writing. Cavaillé-Coll's organs, on the other hand, had a much warmer sound and a vast array of stops that extended the timbre of the instrument. This new style of organ, with a truly orchestral range of voicing and unprecedented abilities for smooth crescendos and diminuendos, encouraged composers to write music that was fully symphonic in scope. This trend was not limited to France, and was reflected in Germany by the organs built by Eberhard Friedrich Walcker and the works of Franz Liszt, Julius Reubke, and Max Reger.

Widor's symphonies can be divided into three groups. The first four symphonies comprise Op. 13 (1872) and are more properly termed "suites". (Widor himself called them "collections".) They represent Widor's early style. Widor made later revisions to the earlier symphonies. Some of these revisions were quite extensive.

With the Opus 42 symphonies, Widor shows his mastery and refinement of contrapuntal technique, while exploring to the fullest the capabilities of the Cavaillé-Coll organs for which these works were written. The Fifth Symphony has five movements, the last of which is the famous Toccata.[3] The Sixth Symphony is also famous for its opening movement. The Seventh and Eighth Symphonies are the longest and least performed of Widor's Symphonies. The Seventh Symphony contains six movements, and the first version of the Eighth Symphony had seven. (Widor subsequently removed the Prélude for the 1901 edition.)

The ninth and tenth symphonies, respectively termed "Gothique" (Op. 70, of 1895) and "Romane" (Op. 73, of 1900), are much more introspective. They both derive thematic material from plainchant: Symphonie Gothique uses the Christmas Day Introit "Puer natus est" in the third and fourth movements, while the Symphonie Romane has the Easter Gradual "Haec dies" woven throughout all four movements. They also honored, respectively, the Gothic Church of St. Ouen, Rouen and the Romanesque Basilica of St. Sernin, Toulouse, with the new Cavaillé-Coll organs installed in each. The second movement of the Symphonie Gothique, entitled "Andante sostenuto", is one of Widor's most-beloved pieces. Dating from this same period, and also based on a plainsong theme, is the "Salve Regina" movement, a late addition to the much earlier second symphony.

Widor's best-known single piece for the organ is the final movement, Toccata, from his Symphony for Organ No. 5, which is often played as a recessional at wedding ceremonies and at the close of the Christmas Midnight Mass at Saint Peter's Basilica (Vatican City). Although the Fourth Symphony also opens with a Toccata, it is in a dramatically different (and earlier) style. The Toccata from Symphony No. 5 is the first of the toccatas characteristic of French Romantic organ music, and served as a model for later works by Gigout, Boëllmann, Mulet, Vierne and Dupré. Widor was pleased with the worldwide renown this single piece afforded him, but he was unhappy with how fast many other organists played it. Widor himself always played the Toccata rather deliberately. Many organists play it at a very fast tempo whereas Widor preferred a more controlled articulation to be involved. He recorded the piece, at St. Sulpice in his eighty-ninth year; the tempo used for the Toccata is quite slow. Isidor Philipp transcribed the Toccata for two pianos.

Over his long career, Widor returned again and again to edit his earlier music, even after publication. His biographer John Near reports: "Ultimately, it was discovered that over a period of about sixty years, as many as eight different editions were issued for some of the symphonies."[2]

Rough dates of composition/publication are in brackets, along with the original publisher, if known.

This article uses material from the article Charles-Marie Widor from the free encyclopedia Wikipedia and it is licensed under the GNU Free Documentation License.

Hold Me Now Thompson Twins
Update Required To play the media you will need to either update your browser to a recent version or update your Flash plugin.