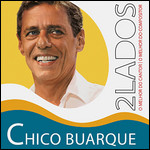 The firstborn son of Sérgio Buarque de Hollanda, Buarque lived at several locations throughout his childhood, though mostly in Rio de Janeiro, São Paulo and Rome, Italy. He wrote and studied literature as a child and found music through the bossa nova compositions of Tom Jobim and João Gilberto. He performed as a singer and guitarist the 1960s as well as writing a play that was deemed dangerous by the Brazilian military dictatorship of the time. Buarque, along with several Tropicalist and MPB musicians, was threatened by the Brazilian military government and eventually left Brazil for Italy in 1969. However, he came back to Brazil in 1970, and continued to record, perform, and write, though much of his material was suppressed by government censors. He released several more albums in the 1980s and published three novels in the 1990s and 2000s.

Buarque came from an intellectually privileged family background—his father Sérgio Buarque de Holanda was a well-known historian, sociologist and journalist and his mother Maria Amélia Cesário Alvim was a painter and pianist. He is also brother of the singer Miúcha and politician Ana de Hollanda. As a child, he was impressed by the musical style of bossa nova, specifically the work of Tom Jobim and João Gilberto. He was also interested in writing, composing his first short story at 18 years old[1] and studying European literature, also at a young age.[2] One of his most consuming interests, however, was playing football, beginning at age four, which he still does today.[2] Born in Rio de Janeiro, Buarque spent much of his childhood there and in São Paulo and Italy.

Before becoming a musician, Buarque decided at one point to study architecture at the University of São Paulo, but this choice did not lead to a career in that field; Buarque often skipped classes.[3]

He made his public debut as musician and composer in 1964, rapidly building his reputation at music festivals and television variety shows when bossa nova came to light and Nara Leão recorded three of his songs.[3] His eponymous debut album exemplified his future work, with catchy sambas characterized by inventive wordplay and an undercurrent of nostalgic tragedy. Buarque had his first hit with "A Banda" in 1966, written about a marching band, and soon released several more singles.[2] Although playing bossa nova, during his career, samba and Música popular brasileira would also be widely explored. Despite that, Buarque was criticized by two of the leading musicians at the time, Caetano Veloso and Gilberto Gil as they believed his musical style was overly conservative.[3] However, an existentially themed play that Buarque wrote and composed in 1968, Roda Viva ("Live Circle"), was frowned upon by the military government and Buarque served a short prison sentence because of it.[3] He left Brazil for Italy for 18 months in 1970, returning to write his first novel in 1972, which was not targeted by censors.[1]

At this time his thinly veiled protest single "Apesar de Você" ("In spite of You" – in reference to the military dictatorship) was also produced.[4] ("In spite of you") was overlooked by the military censors, becoming an important anthem in the democratic movement. After selling over 100,000 copies, the single was eventually censored and removed from the market. At one point in 1974, the censors banned any song authored by Chico Buarque. Then, he created a pseudonym, naming himself "Julinho da Adelaide", complete with life history and interviews to newspapers. "Julinho da Adelaide"[5] authored songs such as "Jorge Maravilha" and "Acorda amor" before he was outed in Jornal do Brasil news story.[6] Buarque also wrote a play named Calabar, about the Dutch invasion of Brazil in the seventeenth century, drawing parallels with the military regime.[7] Despite the censorship, songs such as "Samba de Orly" (1970), "Acorda amor" (1974, as "Julinho da Adelaide") manifested Buarque's continuing opposition to the military regime.

During the 1970s and 1980s, he collaborated with filmmakers, playwrights, and musicians in further protest works against the dictatorship. Buarque approached the 1983 Concert for Peace in Nicaragua as a valid forum to vocalize his strong political views. Throughout the decade, he crafted many of his songs as vehicles to describe the re-democratization of Brazil. The Concert for Peace in Nicaragua was one in a concert series known as the "Central American Peace Concerts." These concerts featured various Latin American artists. The political turmoil that plagued this era were expressed in many of Buarque's songs.[8][9] He later wrote Budapeste, a novel that achieved critical national acclaim and won the Prêmio Jabuti,[10] a Brazilian literary award comparable to the Man Booker Prize.

Following the Brazilian military coup of 1964, Buarque avoided censorship by using cryptic analogies and wordplay. For example, in the song "Cálice" ("Chalice"), a duet written in 1973 with Gilberto Gil and released with Milton Nascimento in 1978,[11] he takes advantage of the homophony between the Portuguese imperative cale-se ("shut up") and cálice ("chalice") to protest government censorship, disguised as the Gospel narrative of Jesus' Gethsemani prayer to God to relieve Him of the cup of suffering. The line "Quero cheirar fumaça de óleo diesel" ("I wanna sniff diesel fume") is a reference to the death of political prisoner Stuart Angel, who reportedly had his mouth glued to a jeep's exhaust pipe during a torture session.[12] Buarque was close to Stuart's mother, Zuzu Angel.

This article uses material from the article Chico Buarque from the free encyclopedia Wikipedia and it is licensed under the GNU Free Documentation License.

Honest DAENS
Update Required To play the media you will need to either update your browser to a recent version or update your Flash plugin.