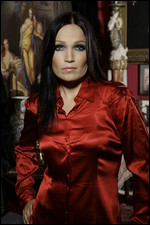 She's best known as original member and the former lead vocalist of Finnish symphonic power metal quintet Nightwish, founded by her beside Tuomas Holopainen and Erno Vuorinen in 1996, with the first studio album, Angels Fall First, released in November 1, 1997. She was dismissed from the band on 22 October, 2005 after nine years, in the end of the Once Upon a Tour. In 2006, Tarja released a Christmas album, Henkäys Ikuisuudesta, with a support classical tour between November 25 and December 26. In 2007, Tarja released My Winter Storm, an album with various styles, including alternative rock and symphonic metal, that sold over 500.000 copies worldwide. The support tour, Storm World Tour, started in November 25, 2007, and ended at London in October 19, 2009, selling out.

Tarja is Finland's most successful singer, with 3 gold awards and 3 platinum awards, having been called "the voice of Finland" by Tarja Halonen, the Finnish president.

Born in Kitee, Finland, Turunen began to study music at the age of six, and moved to the city of Kuopio at the age of eighteen to study at the Sibelius Academy. She became a founding member of Nightwish in 1996 when her classmate Tuomas Holopainen invited her to join his new musical project. That year Turunen also performed with the Savonlinna Opera Festival. However, she did not become internationally famous until the release of Nightwish's successful follow-up album, Oceanborn, in 1998.

Turunen sang solo in Waltari's rock-themed 1999 ballet Evankeliumi (also known as Evangelicum) in several sold-out performances at the Finnish National Opera. She continued to tour and record with Nightwish through 2000 and 2001, after which she enrolled in Karlsruhe, Germany's Music University. While there, she recorded vocals for Nightwish's 2002 album Century Child and for Beto Vázquez Infinity.

In 2002, Turunen toured South America, performing in the classical Lied concert Noche Escandinava (Scandinavian Night), again to sold-out houses. Following this and an exhausting world tour in support of Century Child, Nightwish took a hiatus and Turunen returned to Karlsruhe.

Finnish president Tarja Halonen and her husband invited Turunen to the President's Palace in Helsinki in December 2003 for the Finnish Independence Day Party, Finland's biggest social event, where the viewers of Finnish television station Yle named her the most impressively dressed lady, among honors given by several newspapers and magazines.

After the hiatus, Turunen rejoined Nightwish for the album Once and supporting world tour throughout 2004-2005, and embarked on a second Noche Escandinava tour in the spring of 2004. For Christmas 2004, she released the single "Yhden Enkelin Unelma" (One Angel's Dream), which sold gold in her native country, Finland. For the spring of 2005, she prepared a collaboration with Germany's Martin Kesici, the duet "Leaving You For Me", also accompanied by a video. On 21 October 2005, Turunen was asked to leave Nightwish in an open letter by the other members of Nightwish, citing her "changed attitude" and increased financial interest.[1] She responded through another open letter, which was posted on her website in both Finnish and English (the letter can no longer be found on her website, but is available on a fan page [2]). In February 2006, Tarja's husband Marcelo posted a message to her website addressing the situation, and asked for anyone who had questions pertaining to the issues between Tarja and the rest of the band to email him.[3] Marcelo then posted a lengthy reply to many of the questions he had received in June 2006.[4] In that answers he refutes the accusation that she became greedy.

In December 2005, Turunen performed several Christmas concerts in Finland, Germany, Spain and Romania. 2006 was not a break year for Turunen, who recorded a Christmas album and vocals for her brother Timo Turunen's debut album. She also made an appearance at the Savonlinna Opera Festival.

In October 2007 a street team endorsed by Universal Music and Spinefarm UK was launched for Tarja through UK-based company Worst Decision. The team's aim is to help promote Tarja's upcoming single, album and tour with the help of dedicated fans, the most dedicated of which will be eligible to receive free gifts for their work [7]. While currently aimed mainly at the UK market it is hoped that many members from all over the world will join to help spread the word about Tarja throughout the UK, Europe and around the world.

Tarja's first independent album, My Winter Storm, was released in November 2007 and achieved gold status in Finland on the day of release. The album took the number 1 spot on the Finnish charts, went platinum in Finland and gold in Russia. My Winter Storm has also achieved gold in Hungary and in the Czech Republic. Tarja also sings on the track "In The Picture" on Nuclear Blast Allstars' album Into The Light, 2007 [8].

In late 2007 Tarja was nominated for two awards, an "ECHO" as best newcomer and an "Emma" for best Finnish artist. She was also confirmed to headline day one of the 2008 Metal Female Voices Fest in Wieze, Belgium.

On 9 May 2008, Tarja embarked on a long European tour to promote My Winter Storm, Storm Tour. She chose to open the tour by performing at Wave-Gotik-Treffen in Leipzig, Germany. Turunen has also told fans via her My Winter Storm blog that she is relocating to Antigua to work with the same producer as before, and that she has many ideas for her third album, currently in progress.

In July 2008, she announced two tracks in the My Winter Storm blog: "The Crying Moon" for the new album, and "Enough", for one special edition of My Winter Storm. So, on August 2008 she played "Enough" in her Storm Tour, in South America 2008.

On 10 September 2008, a Spinefarm UK representative announced that they will be releasing an EP for Tarja on 1 December which will include new material. In December 2008 The Seer EP was released in the U.K. and the new extended edition of My Winter Storm released on January 2, 2009. [9]

Tarja is currently recording her second album, What Lies Beneath, which is set for a 2010 release.

Additional, Tarja has recorded three songs for the Finnish charity Christmas album Maailman kauneimmat joululaulut, produced by Olli Ahvenlahti, which will be released by Universal Music Finland on November 18th, 2009.[10]

Wikisource has original works written by or about:

This article uses material from the article Tarja Turunen from the free encyclopedia Wikipedia and it is licensed under the GNU Free Documentation License.

Illusion Msoke
Update Required To play the media you will need to either update your browser to a recent version or update your Flash plugin.