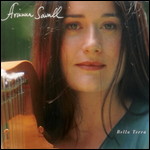 In 1996, she returned to Switzerland and attended a seminar led by Kurt Widmer at the Schola Cantorum Basiliensis. She has been a member of Hespèrion XXI and was part of her father's musical groups until 2008 when she created her own group Hirundo Maris, together with the Norwegian musician Petter Udland Johansen.[3]

This article uses material from the article Arianna Savall from the free encyclopedia Wikipedia and it is licensed under the GNU Free Documentation License.

Fallin' For You Colbie Caillat
Update Required To play the media you will need to either update your browser to a recent version or update your Flash plugin.