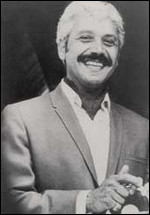 Born in Detroit, Michigan, Frank Rosolino studied the guitar with his father from the age of 9. He took up the trombone at age 14 while he was enrolled at Miller High School, where he played with Milt Jackson in the school's stage band and small group. He did not graduate. He joined the 86th Division Army Band during World War II.

Following his time in the Army, he returned home to Detroit. He performed in the Mirror Ballroom or the Bluebird with other musicians, such as Kenny Burrell, Paul Chambers, Tommy Flanagan, and the Jones brothers, Hank, Thad, and Elvin). He played with Charlie Parker in the 3 Deuces on 52nd Street in New York City.

During these years Rosolino was also performing with the big bands of Bob Chester, Glen Gray, Tony Pastor, Herbie Fields, Gene Krupa, and Stan Kenton. After a period with Kenton he settled in Los Angeles, where he performed with Howard Rumsey's Lighthouse All-Stars (1954–1960) in Hermosa Beach.[1]

Throughout the 1960s and 1970s, between nightclub engagements, Rosolino was active in many Los Angeles recording studios where he performed with such notables as Frank Sinatra, Sarah Vaughan, Tony Bennett, Peggy Lee, Mel Tormé, Michel Legrand, and Quincy Jones. In the mid-to-late 1960s he and fellow trombonist Mike Barone, billed as "Trombones Unlimited," recorded for Liberty Records several albums of pop-style arrangements of current hits, such as the 1968 album "Grazing in the Grass." He can also be seen performing with Shelly Manne's group in the film I Want to Live! (1958) starring Susan Hayward, and also in Sweet Smell of Success (1957) with Burt Lancaster and Tony Curtis. He was a regular on The Steve Allen Show and a guest artist on The Tonight Show and The Merv Griffin Show. Rosolino was a talented vocalist, renowned for his wild form of scat-singing. He recorded one vocal album, Turn Me Loose!, featuring both his singing and trombone playing. He can also be seen performing in the half-hour syndicated program Jazz Scene USA, hosted by Oscar Brown, Jr.

It was during the 1970s that Rosolino performed and toured with Quincy Jones and the Grammy Award winning group Supersax.

Rosolino's private life was highly troubled. On November 26, 1978, Rosolino shot both of his sons as they slept. One died instantly; the other survived, but was blinded. Rosolino shot himself in the head immediately after shooting his sons and died.[2][3]

This article uses material from the article Frank Rosolino from the free encyclopedia Wikipedia and it is licensed under the GNU Free Documentation License.

Love Song Anna Clendening feat. John K
Update Required To play the media you will need to either update your browser to a recent version or update your Flash plugin.