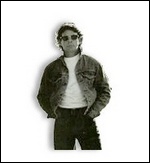 Robert Layne Siebenberg (born October 31, 1949, Glendale, California) also known as Bob C. Benberg, is an American musician, best known as a member of British progressive rock band Supertramp, playing drums and percussion.[1] He was the sole American in Supertramp's lineup. His son, Jesse, joined Supertramp at the time of the release of the live album It Was the Best of Times (live; 1999).

In 1985, Siebenberg released a solo album called Giants in Our Own Room (and credited to "Siebenberg"), where he sings lead on half of the songs and also plays keyboards and drums. Joining Siebenberg on this record were Scott Gorham of Thin Lizzy fame (Gorham was Siebenberg's brother-in-law from 1969 to 2000[2]), Steve Farris of Mr. Mister, Procol Harum drummer B. J. Wilson (who played on the final track), bassist Kerry Hatch of Oingo Boingo, and Supertramp bandmate John Helliwell. An old friend, Derek Beauchemin, joined in to co-write and play keyboards.

Prior to joining Supertramp, Siebenberg was a member of pub rock band Bees Make Honey as well as RHS, an American band. He was in a band called "Heads Up" which released the 1989 album The Long Shot. Joining Siebenberg were his writing partner Dennis O'Donnell, Mark Hart, Brad Cole, John Helliwell, Marty Walsh and again, Scott Gorham on guitar.

This article uses material from the article Bob Siebenberg from the free encyclopedia Wikipedia and it is licensed under the GNU Free Documentation License.

24/7 Melissa Lischer
Update Required To play the media you will need to either update your browser to a recent version or update your Flash plugin.