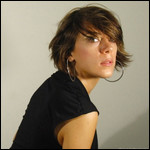 Parlato's 2009 sophomore release, In a Dream was positively reviewed by NPR, Jazz Times, the Village Voice, and the Boston Globe. Billboard magazine hailed it as "the most alluring jazz vocal album of 2009".[1]

Her 2011 release The Lost and Found received over 30 national and international awards including iTunes Vocal Jazz Album of the Year and Jazz Critics Poll No. 1 Vocal Album of 2011.

As of 2013, Parlato is a faculty member at the Manhattan School of Music.

In 2001 she was accepted into the Thelonious Monk Institute of Jazz Performance by a panel of judges including Herbie Hancock, Terence Blanchard and Wayne Shorter. Parlato was the first vocalist ever admitted into the program.

In 2003, Parlato moved to New York City. A year later, she won the first place in the Thelonious Monk International Jazz Vocals Competition at the Kennedy Center in Washington D.C. by a panel of judges: Quincy Jones, Flora Purim, Al Jarreau, Kurt Elling, Dee Dee Bridgewater and Jimmy Scott. In 2005 she released her self-titled first album, Gretchen Parlato. It was named No. 5 Best Progressive Jazz CDs of 2005 by Jazz Nation and got 5 stars in Down Beat's Blindfold Test by Richard Bona. In August 2007 she was named No. 3 Rising Star Female Vocalist in Down Beat's 55th Annual Critics Poll. In September 2007 she performed with jazz legend Wayne Shorter at La Villette Jazz Festival in Paris. In June 2008, a live recording of Gretchen performing in New York was aired by Japanese NHK network television.

In July 2008 Parlato signed a recording contract with independent record label ObliqSound. In Spring 2009 Gretchen was featured in The Documentary Channel's 4-part series Icons Among Us: Jazz in the Present Tense. In August 2009 she released her second CD, In a Dream, on the ObliqSound record label, with Lionel Loueke on guitar and vocals, Aaron Parks on piano and Fender Rhodes, Derrick Hodge on acoustic and electric bass and Kendrick Scott on drums. The album was produced by Michele Locatelli. It was named No. 1 Best Vocal Jazz Album of 2009 by The Village Voice Critics Poll and was listed in the Top 10 Albums of 2009 in JazzTimes, Boston Globe, Washington City Paper, Hot House and NPR.

In Spring 2010 she was nominated for Female Singer of the Year by the Jazz Journalists Association. In June/July, Parlato performed at Stockholm and Healdsburg Jazz Festivals, and sold out jazz festival performances in NYC, Montreal, Paris, The Hague, Copenhagen, Stuttgart and Molde, Norway, with Taylor Eigsti, Alan Hampton and Mark Guiliana. In August, she was voted No. 2 Rising Star Vocalist in Down Beat's Annual Critics Poll.

In 2011 she released her 2nd album for ObliqSound, The Lost and Found with Taylor Eigsti, Derrick Hodge, Kendrick Scott, Dayna Stephens, Alan Hampton, with associate producer, Robert Glasper. On this album, she introduced four of her own songs and wrote lyrics to compositions of her fellow musicians and for Wayne Shorter's "Juju." In addition she reinterpreted a samba by Paulinho da Viola and popular R&B songs by Mary J. Blige, Lauryn Hill, and Simply Red.

This article uses material from the article Gretchen Parlato from the free encyclopedia Wikipedia and it is licensed under the GNU Free Documentation License.