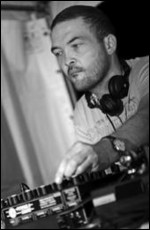 Benjamin Brian Watt (born 6 December 1962) is an English musician, DJ, record producer and radio presenter, best known as one half of the duo Everything but the Girl.[1]

Watt was born in Marylebone, London[2] and grew up in Barnes, the son of jazz musician Tommy Watt, and has four half brothers and sisters.[1] He is the youngest of the family.

Main article: Everything but the Girl

Watt began recording in 1981 on the indie label Cherry Red, and went on to make the album North Marine Drive, a collection of folk-jazz solo recordings in 1983. He then joined forces with vocalist Tracey Thorn, who he wrote and recorded with for 18 yearstogether they created nine studio albums as Everything but the Girl (EBTG) after signing to Warners in 1984, and then Virgin in 1995. EBTG's albums and many of their singles achieved UK and US chart successthe song "Missing" reached number two on the US Billboard Hot 100 in 1995.

In the mid-nineties, EBTG shifted their focus from alt-pop towards electronica and achieved chart success with Walking Wounded, Protection (with Massive Attack), Temperamental and other work.[3]

In 1998 Watt established the London deep house Sunday club and compilation series "Lazy Dog" with Jay Hannan. The club was hosted twice-monthly at the Notting Hill Arts Club in west London and attracted a cult following. Watt moved away from EBTG's mainstream eclecticism and into club-oriented dance music production, producing a string of dance remixes for Sade, Sunshine Anderson, Zero 7, Maxwell, Meshell Ndegeocello and Sandy Rivera. Lazy Dog ended on 16 May 2003 with a farewell closing party at the club's second home The End in central London. A Lazy Dog double-CD mix set Lazy Dog Volume 2 was released in 2001 on the Astralwerks and Virgin Music Canada record labels.[5]

In April 2003, Watt launched his own independent deep house and techno record label Buzzin' Fly (named after the Tim Buckley song). The label proceeded to foster the careers of young and emerging producers/DJs such as Justin Martin,[6] Mademoiselle Caro & Franck Garcia,[7] and Rodamaal.[8] The label hosted Watt's own club productions, such as Lone Cat and Pop A Cap In Yo' Ass (with Estelle),[9] as well as work from remixers such as Ame, Radio Slave, Charles Webster and John Tejada.

Buzzin' Fly won Best Breakthrough Label at the House Music Awards in 2004, and was awarded the Runner-Up Best British Label by the DJ Magazine Awards in both 2007 and 2008.[10] Watt announced in an official statement in April 2013 that Buzzin' Fly would no longer release new music or work with new artists. As of 24 April 2013, the label's office remains open and access to its catalogue continuesWatt explained in an interview with online magazine Clash that the closure is only partial and that he holds the capacity to reactivate the label or start a new imprint. A section of the official statement reads: "I loved every minute, but all good things come to an end. It simply feels like the right moment. Buzzin' Fly was born out of my commitment to the culture of DJing and helping young artists, but these days I am edging away from it towards other challengesa new book I'm writing, research for another one, and a long-planned solo music project."[7]

Watt also hosted the weekly Buzzin' Fly Radio Show that broadcast its 150th edition. It received lengthy stints on both the Galaxy Network and the Kiss Network, as well as several internet restreams and global syndications. Even though Buzzin' Fly is partially closed and Watt no longer DJs, he continues as a respected figure in London's club scene.[7]

Building upon the foundation of Buzzin' Fly, Watt launched Strange Feeling Records in 2007 as a sister label that would release alternative/indie music. The critically acclaimed Copenhagen band Figurines and the Hungarian trio The Unbending Trees were early signings of Strange Feeling. In 2010 the label globally released and distributed the third solo album Love and Its Opposite by Watt's wife Tracey Thorn on 17 May 2010the album was the label's fifth release.[11]

As part of the official partial closure of Buzzin' Fly, Watt announced that Strange Feeling will also cease to work with new artists and will remain open for the sole purpose of releasing Thorn's solo material. Watt explained his perception of the record label industry and independent music in 2013 following the official announcement for both labels:

It is cheap to produce music and cheap to distribute it. Anyone can be an artist or have a label. We are wading chest-high through a deluge of music. Of course this is a good thing in some ways. But in other ways it creates huge problems for small labels trying to stay afloat. The competition is fierce. And a lot of the money is in a vast delta of micro-payments from streams these days. Accounting accurately is the single biggest challenge to small labels. In the end, I think the current climate in the dance world suits big aggregator labels who can cope with putting out compilations and paying accountants, and also at the other end the tiny hobbyist labels who handstamp three-hundred pieces of vinyl, but still have day jobs. It is the labels in the middle that have been squeezed the most.[7]

Watt is a co-founder of the West London nightclubs Neighbourhood and Cherry Jam. Under Watt's creative direction, Cherry Jam hosted underground club nights, art exhibitions, the long-running spoken word night Book Slam and The Libertines' official debut show between 2002 and 2005. At Neighbourhood, Watt brought in artists such as Groove Armada and many international DJs to perform at his own in-house club nights, in addition to hosting Rough Trade Records' 25th Anniversary and the inaugural House Music Awards. Watt resigned in June 2005.

Watt's autobiographical book Patient (Penguin, 1996) describes Churg-Strauss syndrome, a rare life-threatening auto-immune disease that he was diagnosed with.[12] Watt's website states that the book was listed as a New York Times Notable Book of the Year, Sunday Times Book Of The Year and Village Voice Literary Supplement Favorite Book of the Year, and was also a finalist for the Esquire-Waterstones Best Non-Fiction Award in the UK.[13]

In an April 2013 interview, Watt revealed he was working on a book looking at the history of his own family against the broader backdrop of Britain. Watt explained that his father was a left-wing Glaswegian jazz musician, while his mother was a RADA-trained Shakespearian actress and the daughter of a Methodist parsonWatt described the concept of the book:

The book is my portrait of their [Watt's parents] lives and marriage, from my own wide-eyed London childhood, through years as an adult with children and a career of my own, to that inevitable point when we must assume responsibility for our own parents in their old age. It's also about the post-war years, ambition and stardom, family roots and secrets, the death of British Big Band jazz, depression and drink, life in clubs and in care homes - and about who we are, where we come from, and how we love and live with each other for a long time.[7]

This memoir, Romany and Tom, is published by Bloomsbury in February 2014. [14] Watt discussed the book with UK music website The Mouth Magazine [1], also reflecting on North Marine Drive.

As of June 2013, Watt hosts a show on the BBC 6 Music radio station and explained his musical career in relation to radio in an interview with M magazine: "I have not DJed professionally in clubs for quite a while now. The late nights and travelling take their toll and I didnt want to fake it. I still enjoying creating sets for my residency on BBC 6Music, mind you."[1]

Watt lives with his spouse and creative partner Thorn in Hampstead, North London, UK. They met at Hull University in 1981 and after 28 years as a couple, they married in 2009 at the Chelsea Registry Office. Their twin daughters Jean and Alfie were born in 1998, and their son Blake was born in 2001.[15]

This article uses material from the article Ben Watt from the free encyclopedia Wikipedia and it is licensed under the GNU Free Documentation License.

I Can't Give You What You Want Ben Wylen
Update Required To play the media you will need to either update your browser to a recent version or update your Flash plugin.