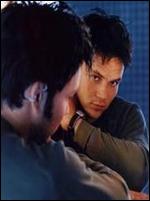 Paul Gerald Cattermole (born 7 March 1977), St Albans, Hertfordshire, England is an English singer and actor. He is a member of S Club 7.[1]

Cattermole was a member of the National Youth Music Theatre and appeared in "Pendragon" (1994). He studied on a theatre and acting course at the Mountview Drama School. He was spotted by Simon Fuller's 19 Entertainment when he appeared in a show there and was asked to audition for S Club 7.

Cattermole became a member of S Club 7 after a series of auditions, along with members Tina Barrett, Jon Lee, Bradley McIntosh, Jo O'Meara, Hannah Spearritt and Rachel Stevens in 1999.[2] During five years they released four number one singles and one number one album. They also had a series of TV shows, which were: Miami 7, L.A. 7, Hollywood 7 and Viva S Club. In March 2002, Paul Cattermole told The Sun newspaper that it was time for him to "move on" from the group and he wanted to go back to his "rock roots",[3] which heralded back to the time he was part of a nu metal band formed with his old school friends. Talking about his former musical venture three months before he left S Club 7, Cattermole described the band—who had been called Skua—as having a "Limp Bizkit vibe" as well as comparing their style to Rage Against the Machine. Cattermole's resignation came as Skua had decided to reform, and he found it a perfect time to make the transition back from pop to rock as S Club 7's record contracts were up for renewal.[4] Cattermole stayed with the band until June 2002, featuring in four out of thirteen episodes of the group's final television series, Viva S Club, and performing his final concert with the group for Party at the Palace, which was part of Queen Elizabeth II's Golden Jubilee celebrations.[5]

After a five-year split, it was announced in October 2008 that O'Meara, Cattermole, and McIntosh were to perform a mini-reunion tour. The tour consisted of a series of university and nightclub gigs, where they performed a set list consisting of a selection of songs from their Greatest Hits album.[6][7] This had been performing in various nightclubs, universities and Butlins holiday camps around the United Kingdom. Cattermole sang with his own band at a charity concert called 'The Sounds of Summer' at 'The Lord Taverners' club in London on 27 July 2011.

After O'Meara, Cattermole and McIntosh reunited, rumours persisted that S Club would fully reunite (with all seven members). Barrett re-joined the group for one performance in March 2014.[8] In October 2014, it was confirmed that the original lineup would reunite for the first time in over a decade for BBC Children in Need.[9] S Club 7 announced their plans for an arena reunion tour, promptly entitled Bring It All Back 2015, which toured the UK in May 2015.[10]

In January 2014 Skua reformed with all original members. The members had not seen one another for almost 12 years then in early 2014 they made contact with each other via Facebook and a meet up was organised soon after. They initially planned to release the material they had recorded in 2002 and have a jam. During the jam session guitarist Stevie K played a demo of the track that would become their first single, Falling and from there an entirely new album was written. On 9 October 2014, Skua performed to a packed crowd at the release of their first official album titled Kneel. The band plan to play more shows in support of the release.

This article uses material from the article Paul Cattermole from the free encyclopedia Wikipedia and it is licensed under the GNU Free Documentation License.

I Don't Want To Live Without You Foreigner
Update Required To play the media you will need to either update your browser to a recent version or update your Flash plugin.