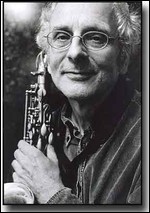 Trevor Charles Watts (born 26 February 1939 in York) is an English jazz and free-improvising alto and soprano saxophonist. He is largely self-taught, having taken up the cornet at age 12 then switched to saxophone at 18. While stationed in Germany with the RAF (195863), he encountered the drummer John Stevens and trombonist Paul Rutherford. After being demobbed he returned to London. In 1965 he and Stevens formed the Spontaneous Music Ensemble, which became one of the crucibles of British free improvisation. Watts left the band to form his own group Amalgam in 1967, then returned to SME for another stretch that lasted until the mid-1970s. Another key association was with the bassist Barry Guy and his London Jazz Composers' Orchestra, an association that lasted from the band's inception in the 1970s up to its (permanent?) disbandment in the mid-1990s.

Though he was initially strongly identified with the avant-garde, Watts is a versatile musician who has worked in everything from straight jazz contexts to rock and blues. His own projects have come increasingly to focus on blending jazz and African music, notably the Moiré Music ensemble which he has led since 1982 in configurations ranging from large ensembles featuring multiple drummers to more intimate trios. He has only occasionally recorded in freer modes in recent years, notably the CD 6 Dialogues, a duet album with Veryan Weston (the pianist in earlier editions of Moiré Music). A solo album, World Sonic, appeared on Hi4Head Records in 2005.

Watts has toured the world over numerous times, run workshops, received grants and commissions, and he has collaborated with some of the great jazz musicians including Archie Shepp, Steve Lacy, Don Cherry and Jayne Cortez. As of 2011, he continues to travel and toured North American with Veryan Weston.

This article uses material from the article Trevor Watts from the free encyclopedia Wikipedia and it is licensed under the GNU Free Documentation License.

Help! Beatles
Update Required To play the media you will need to either update your browser to a recent version or update your Flash plugin.