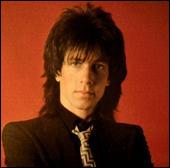 David Robinson (born April 2, 1949, Woburn, Massachusetts) is an American rock drummer. He has performed with many rock bands including The Rising Tide,[1] The Modern Lovers,[2] DMZ and The Cars.[3]

Robinson came up with the band name "The Cars" and is credited for designing the album covers. He painted the checkered flag for The Cars' 1980 album, Panorama.

After the break up of "The Cars" Robinson ran a restaurant.[4]

In 2010, Robinson reunited with the surviving original members of The Cars to record their first album in 24 years, titled Move Like This. He had to relearn how to play the drums due to having stopped playing in 1987.[5] Robinson also runs an art gallery. After completion of Move Like This Robinson said that he would be interested in working on more studio albums.[6]

This article uses material from the article David Robinson (musician) from the free encyclopedia Wikipedia and it is licensed under the GNU Free Documentation License.

I'd Sing For You Bastian Baker
Update Required To play the media you will need to either update your browser to a recent version or update your Flash plugin.