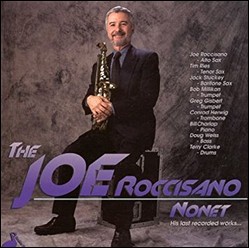 O'Flynn is acknowledged as Ireland's foremost exponent of the uilleann pipes and has brought the music of the instrument to a worldwide audience. In 2007, O'Flynn was named Musician of the Year at the TG4 Gradam Ceoil Awards, considered to be the foremost recognition given to traditional Irish musicians.[1]

Liam Ó Floinn was born 15 April 1945 in Kill, County Kildare to musical parents. His father was a teacher and fiddle player. His mother, who came from a family of musicians from Clare, played and taught piano. From an early age, O'Flynn showed musical talent, and was encouraged to pursue his interest in the uilleann pipes by the piper Tom Armstrong. At the age of 11, he began taking classes with Leo Rowsome. He was also influenced by Willie Clancy and Séamus Ennis. In the 1960s, he began to receive recognition of his talent, winning prizes at the Oireachtas Festival and the Fleadh Cheoil.[2] During his early years, he was sometimes billed as Liam Óg Ó Floinn.

In 1972, O'Flynn co-founded the Irish traditional music group Planxty and remained a member throughout the band's various incarnations. While Seán Ó Riada and The Chieftains had reinvigorated Irish traditional instrumental music in an ensemble format during the 1960s, Planxty built on that foundation and took it one step further. They brought a punch and vitality to acoustic music that drew heavily on O'Flynn's piping virtuosity.

As O'Flynn grew in his skill as a musician and as he began to meet pipers like Willie Clancy and Seamus Ennis, he became acutely aware of his position in the tradition of piping. His subsequent close friendship with Seamus Ennis (which started as a Master/pupil relationship) taught him that there was much more to being a piper than playing tunes. Liam noted: "Seamus Ennis gave me much more than a bag of notes."[2]

Following the breakup of Planxty in 1983, O'Flynn found work as a session musician with such prominent artists as the Everly Brothers, Enya, Kate Bush, Nigel Kennedy, Rita Connolly, and Mark Knopfler. He also worked on film scores, including Kidnapped (1979) and A River Runs Through It (1992). He was adventurous enough to work with avant-garde composer John Cage, but his most natural alliance was with neo-romantic composer Shaun Davey.

The Bothy Band were natural successors to the original Planxty, and one of its members, Matt Molloy, who subsequently joined The Chieftains, played with The Chieftains' fiddler Seán Keane on O'Flynn's album, The Piper's Call, which was performed in the 1999 Proms season at the Royal Albert Hall. He also worked on projects with Seamus Heaney, mixing poetry with music.

His name is mentioned in the song "Lisdoonvarna" by Christy Moore.

This article uses material from the article Liam O'Flynn from the free encyclopedia Wikipedia and it is licensed under the GNU Free Documentation License.

You Get What You Give New Radicals
Update Required To play the media you will need to either update your browser to a recent version or update your Flash plugin.