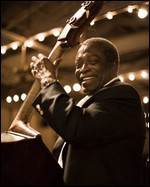 By 1972, Tucker owned two radio stations, WSOK-AM, which had over 400,000 listeners, and WLVH-FM. Both of these were located in his hometown of Savannah, Georgia.

This article uses material from the article Ben Tucker from the free encyclopedia Wikipedia and it is licensed under the GNU Free Documentation License.