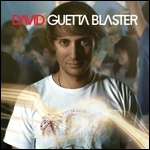 David Guetta (born 7 November 1967; French pronunciation: [david ta]) is a French house music producer and DJ.[1] Originally a DJ at nightclubs during the 1980s and 1990s, he co-founded Gum Productions and released his first album, Just a Little More Love, in 2002. Later, he released Guetta Blaster (2004) and Pop Life (2007). His 2009 album One Love included the hit singles "When Love Takes Over" (featuring Kelly Rowland), "Gettin' Over You" (featuring Chris Willis, Fergie & LMFAO) and "Sexy Chick" (featuring Akon), the last becoming a top five hit in the United States and all three reaching #1 in the United Kingdom, as well as another internationally known single called "Memories" featuring Kid Cudi which became a top five hit in many countries. Guetta has sold over three million albums and 15 million singles worldwide.[2] In 2011 Guetta was voted as the #1 DJ in the 'DJ Mag Top 100 DJs' fan poll.[3]

At age 19, Guetta began DJing at the Broad Club in Paris.[4] He first played popular songs, and he discovered house music when he heard a Farley master Funk track on French radio in 1987. The next year, he began hosting his own club nights.[5] In 1990, he released "Nation Rap", a hip-hop collaboration with French rapper Sidney Duteil.[6]

In the mid 1990s Guetta played in clubs including Le Centrale, the Rex, Le Boy, and Folies Pigalle.[4][7] Released in 1994[6] Guetta's second single, a collaboration with American house vocalist Robert Owens titled "Up & Away", was a minor club hit.[5] In 1994, David Guetta became the manager of Le Palace nightclub and he continued to organise parties there and in other clubs, such as the "Scream" parties in Les Bains Douches.[8]

In 2001, David Guetta along with Joachim Garraud founded Gum Productions, and in the same year Guetta's first hit single, "Just a Little More Love", featuring American singer Chris Willis was released. Willis was vacationing in France when he met Guetta.[5] Guetta's debut album Just a Little More Love was released in 2002 on Virgin Records and sold over 300,000 copies. The follow-up singles, ("Love Don't Let Me Go", "People Come People Go" and "Give Me Something"), were released in 2002. Guetta released a compilation, Fuck Me I'm Famous, in 2003, named after his party in Ibiza. It included "Just for One Day (Heroes)", a remix of David Bowie's song "Heroes".[5] Later in his career, Guetta continued recording compilations under that title.

Guetta's second album, Guetta Blaster, was released in 2004. It released four singles: "Money" and "Stay" featuring Chris Willis and "The World Is Mine" and "In Love With Myself" featuring JD Davis. In 2006 the Just a Little More Love single "Love Don't Let Me Go" was re-released as a mash-up with the Tocadisco remix of "Walking Away" by The Egg. The mash-up single entitled "Love Don't Let Me Go (Walking Away)" was charted higher than the original release of the song.

In 2007, Guetta's third album Pop Life was released. The album was successful in the UK and Ireland as well as in mainland Europe. According to EMI in 2010, the album has sold a total of 530,000 copies worldwide. The lead single "Love Is Gone" reached Number 1 on the American Dance Chart and charted on the Billboard Hot 100.

He played in many countries around the world to promote the album. He played in Mauritius in January 2008, accompanied by French rapper JoeyStarr. In the same year, he and his wife Cathy also planned a new event which took place in the Stade de France on 5 July 2008. The event was called "UNIGHTED", he performed with Tiësto, Carl Cox, Joachim Garraud and Martin Solveig in front of a crowd of 40,000.[9]

In 2009, he was placed third in the "Top 100 DJs" poll by DJ Magazine,[10] and was elected "Best House DJ" by DJ Awards in 2008. Since April 2009, Guetta had his own radio show on the internet radio station RauteMusik on Saturday evening. The show was afterwards moved into Radio 538, being aired every Friday evening after Tiësto's Club Life. Its name is DJ Mix. Guetta performs a one-hour set of house music, presenting mainly new talents inside.

2009-2010: One Love and international breakthrough

David Guetta's fourth studio album, One Love, was released in August 2009. Its first single "When Love Takes Over", which featured Kelly Rowland, peaked at #1 on the UK Singles Chart and topped many other countries worldwide. His second single from the album, "Sexy Bitch" featuring Akon, became his second #1 in the UK. "One Love" featuring Estelle, "Memories" featuring Kid Cudi and "Gettin' Over You" featuring Chris Willis, Fergie and LMFAO followed. As of May 2011 the album had sold three million copies worldwide.[11] Guetta's fourth studio album One Love was nominated as "Best Electronic/Dance Album" at the 52nd Grammy Awards.[12] His song "When Love Takes Over" featuring American R&B singer Kelly Rowland received two nominations; Best Dance Recording and Best Remixed Recording, Non-Classical, and won the latter. After conflicts over whether or not an album re-issue should go ahead, One More Love was released on 29 November 2010. First single, titled "Who's That Chick?" featuring Rihanna was released a few weeks prior.[13]

On 16 June 2009, The Black Eyed Peas released the David Guetta-produced "I Gotta Feeling" as their second single from their fifth studio album, The E.N.D.. It became a worldwide hit topping the charts in seventeen countries. It became the most downloaded song of all-time in the United States with almost 7.5 million downloads and in the United Kingdom selling more than 1 million copies.[14][15] He was nominated twice for his work with The Black Eyed Peas at the 52nd Grammy Awards; in the category Record of the Year for "I Gotta Feeling" and Album of the Year for their album The E.N.D.. In 2010, David Guetta co-wrote and produced Kelly Rowland's "Commander" from her third album Here I Am. It peaked at number one on Billboard's Hot Dance Club Songs chart in the United States, and reached top ten positions in Belgium and the United Kingdom. Guetta has also co-produced "Forever and a Day", which was Kelly's next UK single from that album.[16][17] Guetta also produced the singles "Acapella" and "Scream" for American singer-songwriter Kelis's fifth studio album, Flesh Tone, released on 14 May 2010. "Acapella" was released as the lead single on 23 February 2010 and topped the dance charts in the United Kingdom and United States. On 28 June 2010 American rapper Flo Rida released the single "Club Can't Handle Me" featuring David Guetta. The song is included on the soundtrack album to the American 3D dance film Step Up 3D.

2011present: Nothing But the Beat & Jack Back Records

Guetta's fifth studio album, Nothing But the Beat was released on 30 August 2011. It was released as a double-disc album; one disc being vocal and the other being electronic.[18] The French DJ was inspired by rock bands such as Kings of Leon and Coldplay to add rock influences to his dance productions.[19] "Where Them Girls At" featuring Nicki Minaj and Flo Rida, the first single off the album, was released worldwide on 2 May 2011.[20][21] "Little Bad Girl" featuring Ludacris and Taio Cruz, was released as the second single on 28 June 2011.[18][22] The third single "Without You" featuring Usher was released on 27 September 2011. Guetta also released three promotional singles for Nothing But the Beat, "Titanium" featuring Sia, "Lunar" with Afrojack and "Night of Your Life" featuring Jennifer Hudson. The album also features the hit singles "Sweat" with Snoop Dogg and Turn Me On with Nicki Minaj.

Guetta is also scheduled to perform alongside Nicky Romero and Nervo at London's Alexandra Palace on 1 June 2012.[23]

A re=release of Nothing but the Beat, titled Nothing But The Beat 2.0, was released on September 7, 2012. The first single from the album, "She Wolf (Falling to Pieces)" which saw Guetta collaborate with Sia again was released in support of the album.

His father was a restaurateur of Moroccan Jewish descent,[24] and his Bulgarian mother is of Belgian descent.[25][26][27] He is married to socialite and night club manager Cathy Guetta, they celebrated their 20th wedding anniversary in 2012;[28] they have two children, Tim Elvis Eric (born 2004) and Angie (born 2007).[29]

This article uses material from the article David Guetta from the free encyclopedia Wikipedia and it is licensed under the GNU Free Documentation License.