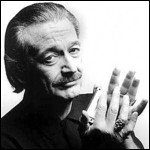 Charles Douglas "Charlie" Musselwhite (born January 31, 1944) is an American electric blues harmonica player and bandleader,[1] one of the white bluesmen who came to prominence in the early 1960s, along with Mike Bloomfield and Paul Butterfield, or bands such as Canned Heat. He has often been identified as a "white bluesman".[2][3] Musselwhite was reportedly the inspiration for the character played by Dan Aykroyd in the Blues Brothers.[4]

Musselwhite was born in Kosciusko, Mississippi to white parents. In a 2005 interview, he said his mother had told him he was of distant Cherokee descent.[5] His family considered it natural to play music. His father played guitar and harmonica, his mother played piano, and a relative was a one-man band.

At the age of three, Musselwhite moved to Memphis, Tennessee. When he was a teenager, Memphis experienced the period when rockabilly, western swing, and electric blues were combining to give birth to rock and roll. That period featured Elvis Presley, Jerry Lee Lewis, Johnny Cash, and lesser-known musicians such as Gus Cannon, Furry Lewis, Will Shade, and Johnny Burnette. Musselwhite supported himself by digging ditches, laying concrete and running moonshine in a 1950 Lincoln automobile. This environment was a school for music as well as life for Musselwhite, who eventually acquired the nickname Memphis Charlie.[6]

In true bluesman fashion, Musselwhite then took off in search of the rumored "big-paying factory jobs" up the "Hillbilly Highway", Highway 51 to Chicago, where he continued his education on the South Side, making the acquaintance of even more legends, including Lew Soloff, Muddy Waters, Junior Wells, Sonny Boy Williamson, Buddy Guy, Howlin' Wolf, Little Walter, and Big Walter Horton. Musselwhite immersed himself completely in the musical life, living in the basement of and occasionally working at Jazz Record Mart (the record store operated by Delmark Records founder Bob Koester) with Big Joe Williams and working as a driver for an exterminator, which allowed him to observe what was happening around the city's clubs and bars. He spent his time hanging out at the Jazz Record Mart, at the corner of State and Grand, and a nearby bar, Mr. Joe's, with the city's blues musicians, and sitting in with Williams and others in the clubs, playing for tips. There he forged a lifelong friendship with John Lee Hooker; though Hooker lived in Detroit, Michigan, the two often visited each other, and Hooker served as best man at Musselwhite's third marriage. Gradually Musselwhite became well known around town.

In time, Musselwhite led his own blues band, and after Elektra Records' success with Paul Butterfield, he released the legendary album Stand Back! Here Comes Charley Musselwhite's Southside Band in 1966 on Vanguard Records to immediate and great success.[3][7] He took advantage of the clout this album gave him to move to San Francisco, where, instead of being one of many competing blues acts, he held court as the king of the blues in the exploding countercultural music scene, an exotic and gritty figure to the flower children. Musselwhite even convinced Hooker to move to California.

Since then, Musselwhite has released over 20 albums and has been a guest performer on albums by many other musicians, such as Bonnie Raitt's Longing in Their Hearts and the Blind Boys of Alabama's Spirit of the Century, both winners of Grammy awards. He also performed on Tom Waits's Mule Variations and INXS's Suicide Blonde. He has won 14 W. C. Handy Awards, has been nominated for six Grammy awards. received Lifetime Achievement Awards from the Monterey Blues Festival and the San Javier Jazz Festival, in San Javier, Spain, and received the Mississippi Governor's Award for Excellence in the Arts.

In 1979, Musselwhite recorded The Harmonica According to Charlie Musselwhite in London for Kicking Mule Records, intended to accompany an instructional book; the album became so popular that it was released on CD. In June 2008, Blind Pig Records reissued the album on 180-gram vinyl with new cover art.[8]

In 1990 Musselwhite signed with Alligator Records, a step that led to a resurgence of his career.

In 1998, Musselwhite appeared in the film Blues Brothers 2000. He played the harmonica in the Louisiana Gator Boys, which featured many other blues and R&B legends, such as B.B. King, Bo Diddley, Eric Clapton, Koko Taylor, Jimmie Vaughan, Dr. John, and Jack DeJohnette.

Over the years, Musselwhite has branched out in style. His 1999 recording, Continental Drifter, is accompanied by Cuarteto Patria, from Cuba's Santiago region, the Cuban music counterpart of the Mississippi Delta. Because of political differences between Cuba and the United States, the album was recorded in Bergen, Norway, with Musselwhite's wife handling the details.

Musselwhite believes the key to his musical success was finding a style in which he could express himself. He said, "I only know one tune, and I play it faster or slower, or I change the key, but it's just the one tune I've ever played in my life. It's all I know."[9]

His past two albums, Sanctuary and Delta Hardware, were released by Real World Records.

Musselwhite played on Tom Waits's 1999 album Mule Variations. He can be heard at the beginning of the song "Chocolate Jesus", saying "I love it". Waits has mentioned that this is his favorite part of the song.[10]

Musselwhite lost both of his elderly parents in December 2005, in separate incidents. His mother, Ruth Maxine Musselwhite, was murdered.[11]

Musselwhite was inducted into the Blues Hall of Fame in 2010. The same year, he appeared on the JW-Jones recording "Midnight Memphis Sun", along with Hubert Sumlin. Also in 2010, he released the album The Well. In the title song he credits Jessica McClure's ordeal as a child trapped in a well for over 58 hours in 1987 for inspiring him to quit drinking, stating,

She was trapped in there with a broken arm in the dark, in a life-and-death situation she was singing nursery rhymes to herself and being brave...It made my problems seem tiny. So as a prayer to her and myself, I decided I wasn't going to drink till she got out of that well. It was like I was tricking myself, telling myself that I wasn't going to quit for good, just until she got out. It took three days to get her out, and I haven't had a drink since.[16]

For the first half of 2011, Musselwhite toured with the acoustic-electric blues band Hot Tuna. In the latter half of 2011, he went on tour with Cyndi Lauper, having played harmonica on her hit album Memphis Blues. While on this tour, he appeared with Lauper on Jools Holland's television program Hootenanny on New Year's Eve 2011, performing a modified arrangement of Lauper's signature song, "Girls Just Wanna Have Fun".

In 2012, Musselwhite teamed with Ben Harper to record the album Get Up!, which was released in January 2013. In January 2014, it won a Grammy Award for Best Blues Album.

This article uses material from the article Charlie Musselwhite from the free encyclopedia Wikipedia and it is licensed under the GNU Free Documentation License.