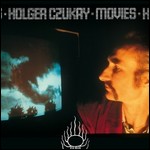 died on 5/9/2017 in Weilerswist, Nordrhein-Westfalen, Germany

Holger Czukay (born Holger Schüring[1] on 24 March 1938) is a German musician, probably best known as a co-founder of the krautrock group Can. Described by critic Jason Ankeny[2] as "successfully bridg[ing] the gap between pop and the avant-garde," Czukay is also notable for creating early important examples of ambient music, for exploring "world music" well before the term was coined, and for being a pioneer of sampling.

Czukay was born in the Free City of Danzig (now Gdask, Poland). During World War II, his family was among the millions relocated as refugees. Due to the turmoil of war, Czukay's primary education was limited. However, a pivotal early experience was working in a radio repair shop as a teenager -- he became fond of the aural qualities of radio broadcasts (anticipating his use of shortwave radio broadcasts as musical elements) and became familiar with the rudiments of electrical repair and engineering.[3]

Czukay studied music under Karlheinz Stockhausen from 1963 to 1966[4] and then worked for a while as a music teacher. Initially Czukay had little interest in rock music, but this changed when a student played him The Beatles' 1967 song "I Am the Walrus".[5]. This opened his ears to music by rock experimentalists, such as the Velvet Underground and Frank Zappa.

Czukay co-founded Can in 1968. He played bass guitar and performed most of the recording and engineering for the group. Rosko Gee, former bassist of the British band Traffic joined the band in 1977, with Czukay handling only tapes and sound effects on Saw Delight, his final LP with the group before departing for a solo career.

After his departure from Can, Czukay recorded several albums. One of his trademarks was the use of shortwave radio sounds and his early pioneering of sampling"[6], in those days involving the painstaking cutting and splicing of magnetic tapes. He would tape-record various sounds and snippets from shortwave and incorporate them into his compositions. He also used shortwave as a live, interactive musical instrument (such as on 1991's Radio Wave Surfer), a method of composition he termed radio painting.

Czukay has collaborated with a considerable number of musicians, notably a series of albums with Jah Wobble and David Sylvian, [4] two younger British musicians who shared his interest in blending pop music with experimental recording and sampling techniques. Other collaborators include U.N.K.L.E, Brian Eno, Eurythmics, and the German New Wave band, Trio.

This article uses material from the article Holger Czukay from the free encyclopedia Wikipedia and it is licensed under the GNU Free Documentation License.